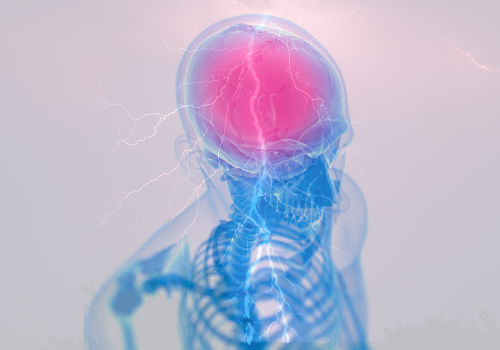 Sudden shivering of the brain or brain shocks is referred to as brain zaps. They are the most unbelievable withdrawal symptoms when stopping certain anxiety and depression-related medications. Brain zaps get the name from the uncomfortable sensations that make a person feel like experiencing electrical buzzes, tremors, jolts in the brain.

The natural remedies also stress upon managing anxiety to a great level so that antidepressants are not the only way a person seeks to reduce depression.

Brain zaps often come out in brief moments and disappear. No clear trigger or any warning signs show before a brain zap occurs. Discontinuation of antidepressant medications is also referred to as antidepressant discontinuation syndrome. Most people who rely on antidepressants experience brain zaps during short sleep or once they wake up from sleep. Brain zaps are triggered further when excessive alcohol is used for anxiety, which affects the brain. The following symptoms and sensations may be felt when a brain zap affects a person:

The cause of brain zaps is not entirely known but they are usually associated with the withdrawal symptoms of selective serotonin reuptake inhibitors. These are mostly prescribed as an antidepressant for people who suffer from anxiety and depression. Discontinuation syndrome is a temporary condition that occurs with an introduction.

Examples of a compound that cause withdrawal symptoms include Zoloft, Citalopram, Paroxetine, fluoxetine, and Escitalopram. Brain zaps are not the only withdrawal symptoms of dreams that people wean from drugs like Prozac. The visual effects also include

Brains zaps are an outcome of discontinuing other drugs too. These drugs include

1. Try To Taper From The Drug Slowly

The most effective antidepressant withdrawal treatments require more and more research. A single activity able to limit the symptoms of brain zap is tapering from the drug slowly rather than stopping cold turkey. If you have been on a high dose of antidepressants or you have been taking small doses for a long duration of time, it is best to taper from the drugs slowly, instead overnight.

This will be able to decrease your chances of experiencing brain zaps when you stop the medication. However, the strategy is known to work if you combine physical activity along with the withdrawal activity.

Gamma-aminobutyric acid is one of the most potent neurotransmitters of the brain. It helps in curbing insomnia and cited nervousness and depression, thereby boosting the levels of GABA naturally.

Although supplements do not act as a quick fix solution in getting rid of brain zaps or brain shocks, it will help tackle anxiety and depression when taken for a long time with patience. Supplements help in minimizing withdrawal symptoms or side effects – this is a completely wrong thought.

However, it can support the mental and cognitive ability of a person including supplements that include:

Brain zaps can happen for no obvious reason. They are more common in those who suffer from withdrawal symptoms of anxiety and depression. Some people report that the duration and frequency of brain zaps get worse when they are dealing with elevated stress. Try to perform stress-relieving activities such as yoga, prayer, meditation and join a faith-based organization.

Engage yourself in writing or reading. If the stress becomes chronic it is not uncommon to experience brain zaps. An important part of your brain zap treatment plan should always include managing stress and giving your body the time to overcome the withdrawal symptoms it may be suffering from.