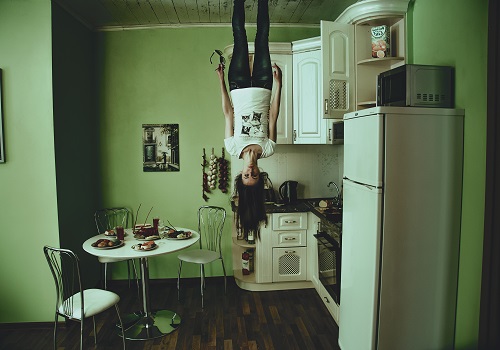 Can you ever imagine a person having an uncontrollable ‘alien’ hand or being a human werewolf? Doesn’t it sound fictitious? It’s like you are watching a movie with high VFX as well as morphing. Believe me, these are some weird medical conditions that do exist. According to the research, there are about 7000 types of rare diseases and disorders. When you are asked about the rarest disease, your mind probably jumps to the incurable or fast acting ones that usually grab headlines from time to time. But, you can’t even imagine in your wildest dreams that one could have a weirdest of weird condition.

Here are the top 5 bizarre diseases that are hard to believe:

1. Tree Bark Skin Disorder: This condition also called Epidermodysplasia Verruciformis. It is an inherited skin disorder in which wart-like lesions erupt in any part of the body. A type of lesions are reddish brown and also have scaly surfaces as well as irregular borders. They are slightly raised and resemble the bark of the tree. It is usually caused by an infection with a subtype of human papillomavirus(HPV). One of the major concerns is that this disorder may turn into skin cancer. Initially, they are harmless, but slowly they start growing. It can not be cured but could be managed.

2. Alice in Wonderland Syndrome: It is a brain disorder that impairs a person’s perception of size. If you ever read the story where Alice found herself growing and shrinking, then you might understand what this condition actually is. Also known as the lilliputian syndrome, it makes people hallucinate about their body image or surrounding environment. Such perceptions usually occur when a person is sleeping at night. It is more common in children. It disappears in them as they grow older.

Also Read: How Misophonia make you sensitive to sound?

3. Alien Hand Syndrome: A rare motor disease, characterized by involuntary but purposeful activity in one hand is termed as alien hand syndrome. For instance, a person may get attacked by his own hand which repeatedly tries to slap or punch you. It may feel that your hand is under some alien’s control and is acting weird. Therefore, it is also aggressive. There are currently no medications available but there are some behavioral interventions that can help manage a person’s control over their hand movements.

4. Stone Man Syndrome: In simpler words, it means man turning into a live statue. Also called as fibrodysplasia ossificans progressiva(FOP), it is a genetic condition in which muscles and connective tissue- such as ligaments, tendons regenerate as the bone in response to damage and cause immobility. One of the symptoms is deformed big toes. Other symptoms are joint stiffness, movement problems. Most of the cases of this disorder arise from spontaneous gene mutations.

These are the 4 rarest of the rare medical conditions that may astonish you. Share it with your family and friends and create awareness.

Tags: Tourette Syndrome, How are night sweats ruining your sleep?, Know your Stress, Parkinson’s : Never let it define you, Twitching of Eyes