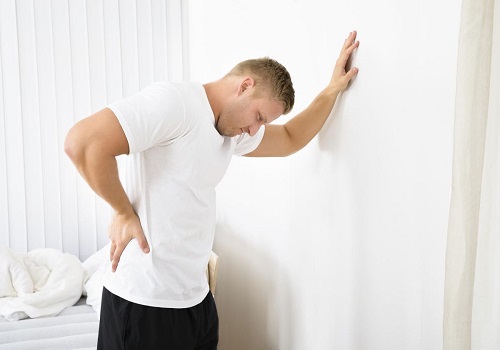 Now a days, diagnosed cases of people suffering from bone disorders are rapidly increasing and it throws severe impacts the life of a person. There are many bone health problems that are common among people worldwide and some of them include:

Osteoporosis is considered to be a silent disease until it starts throwing its negative impact on a person and is complicated by fractures. It is a systemic disorder that is characterized by the decreased bone mass and deteriorated bone tissue. It is a disease in which a bone becomes weak and are more likely to break. It is considered to be one of the serious health concern that is associated with disability and pain and it affects the bone of every organ but it usually affects the bones of hip, spine, and hips and causes fractures. Osteoporosis occurs in both men and women but women are more likely to experience osteoporosis as compared to men. In the United States, millions of people are already suffering from osteoporosis. This bone disorder is associated with many risk factors such as gender, age (the risk of this diseases increases with an advancing age), family history (osteoporosis tends to run in family history), calcium and Vitamin D (Deficiency of calcium and Vitamin D makes a person more prone to osteoporosis), Smoking (Cigarette make the bones weak and increases the risk of osteoporosis), and sex hormones (low androgen levels can lead to osteoporosis).

Osteopenia is a medical term which is used to describe bones of low density. People who suffer from osteopenia experiences weaker bones than normal but it is less serious than Osteoporosis. There are many factors that lead to the development of osteopenia and these factors may vary from person to person. Genetics is known to play a most important role in the development of this bone problem as bone problems are more likely to run in families. Low body weight is another important risk factor and thin people are more likely to experience bone problems and osteopenia. There are many risk factors that are associated with the occurrence of osteopenia such as aging, alcohol abuse, smoking, eating disorders, hyperthyroidism and early menopause in women. Like osteoporosis, the risk factor of developing osteopenia is high in women as compared to men and there are many factors that are responsible for it. The bone mass of women is comparatively less than men and the intake of calcium is also less in women. Also, in women, the rate of bone loss speeds up after menopause and hence, a greater risk of developing osteopenia. Osteopenia does not have any symptoms unless you experience a breakage of bone even after a small fall.

Osteomalacia is a musculoskeletal condition that leads to soft bones as a result of ineffective mineralization. It usually develops due to the lack of Vitamin D and it causes chronic bone pain, muscle weakness, and broken bones. As the disease progresses, it can worsen the pain and can even make the movement painful. Osteomalacia is basically a disorder of bone formation, it occurs when the newly formed bone fails to mineralize properly and promptly and Vitamin D plays a critical role in the mineralization of the skeleton. Therefore, anyone who is unable to produce enough Vitamin D through the exposure to the sun or anyone whose diet lacks Vitamin D. When a similar condition occurs in children, it is known as rickets but the symptoms of osteomalacia and rickets vary as the effect of the deficiency of Vitamin D is different in children and in adults. Both rickets and osteomalacia are associated with the variety of abnormalities on blood biochemistries. Other than taking supplements, there are some ways that can help in this condition such as exercise, diet and an exposure to sunlight. Exercise can help to a great extent as it strengthens the bones and delays or reduces the risk of weak bones.

Osteoarthritis is a chronic degenerative disorder that affects the joints and is accompanied by various functional limitations and reduced quality of life. It is one of the most common types of arthritis and also one of the leading cause of disability around the world. It attacks the whole joint including bone, cartilage, ligament, and muscles. It can affect any joint but usually, it affects the joints of the hips, knees, fingers and big toe. Osteoarthritis causes many symptoms such as the inflammation of tissues around the joints, deterioration of ligaments, and damage to joint cartilage. This disorder is associated with many consequences such as problems in carrying out day to day activities, and chronic pain. There are multiple factors that cause this disorder such as age, gender, environmental factors, and obesity. Advancing age is considered to be one of the most important factor that develops this order. Although, it can attack people or any age but it is more common in elders. Also, obesity and environmental factors such as smoking, and drinking also affects the health of the joints and increases the risk of developing this disorder.