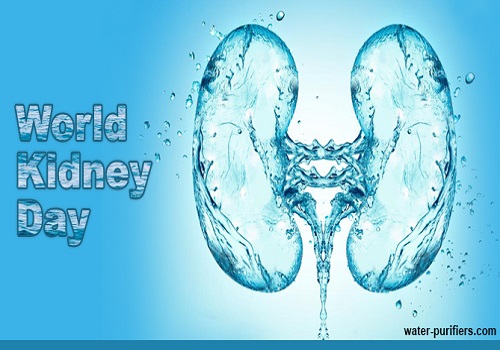 The kidneys are two bean shaped organs which are designed to perform vital functions. The failure of inability of the kidneys to function normally can have significant impact on the health of a person. It can lead to a life threatening condition. This is because kidneys are important for wide range of functions such as:

According to the research, the prevalence of having chronic kidney disease is high among people throughout the world and this is because the problems of kidneys often left unnoticed for several years as the early signs usually do not appear. As a result, kidney disease in many patients is left undiagnosed, until the late stage of the illness.

Garlic is one of the most commonly used spice in households, and at the same time it is also used as a remedy for various health problems. Garlic is highly known for its medicinal uses due to its potential active medical constituents.Garlic contains many active medical constituents such as allicin, allyl propyl,S-allylcysteine (SAC), amino acids (such as arginine), and many others.

Cauliflower belongs to the group of cruciferous vegetables which are known to contain compounds which provide various benefits to the human body such as removing the harmful enzymes from the body. Cauliflower is highly rich in antioxidant which prevents the damage caused due to free radicals and it also repair any damage in the body.

There is no secret that egg is considered to be one of the most nutritional food to consume. It allows the body to get almost every important nutrient that it needs to function normally. There are various mechanisms that explains how egg yolk helps to keep the reduce the risk of suffering from chronic kidney disease. It prevents the kidney problem to reach to the next level.

Many studies suggest that egg might not be a healthy food for patients having chronic kidney disease, but many studies say that consuming an egg in limited amount can have positive impact. Eating too much much or too little protein can have a patient unwell. Eggs are a good source of proteins and consuming egg in a moderate amount can reduce the load of kidneys by reducing the waste products from the blood.

Also Read: Treat Your Constipation With These Exercises

Onion is a commonly used food item which is found in various dishes or recipes. Many people use it in their daily basis due to its taste, but many of them are unaware that onion can not only add taste in food but it can also add health in life. Onion contains various medicinal properties that makes it effective against conditions ranging from mild to serious.

Onions are helpful in improving the functioning of various organs in the body, including kidneys. It strengthens the kidneys and improve its impact on the health by fighting against the factors that could lead to the occurrence of kidney diseases.

Pineapple is an amazing fruit that contains immense health benefits as it contains a large number of nutrients such as calcium, vitamin C, carbohydrate, fiber, water, and many more. Pineapple is an amazing and an effective food for the treatment and prevention of various health condition such as constipation (as it helps to have better bowel movements), obesity (it aids weight loss), and kidney disease.

Pineapple is a rich source of multiple vitamins and fiber that stimulates the digestion and improves the performance of kidneys. Pineapple is considered to be an effective food for people who suffer from kidney disease. It repairs the damage caused to kidneys due to various reasons.  It helps to keep the kidneys clean and also helps in flushing out toxins from the body, resulting in improved metabolism.