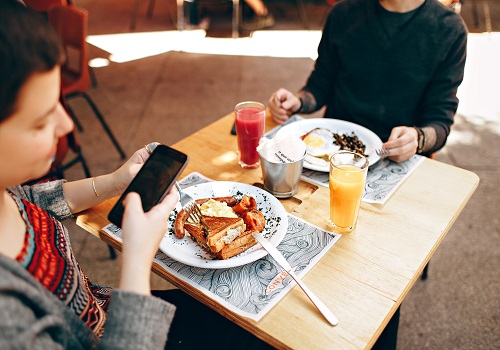 We live in a world where the decision of what to eat has become much more than a simple question of how one is going to get the nutrients they need to survive. This is great because there are many options to explore, whether it be through preparing the food yourself or having someone else prepare it for you. However, the pressure to conform to the societal benchmark of physical attractiveness, standardized as a range from thin to fit, is pervasive in the world of food and how people consume it. This seems like enough of a nuisance, but depending on your social circle and where you are, you may also be food-shamed.

What is food-shaming you may ask? Even if you have not consciously acknowledged being food-shamed (or food-shaming), you have most likely encountered (or committed) the act. Food-shaming is the act of judging someone by commenting on their food choices. This act may be intentional or not, but it is often detrimental to the receiver. They may also be seen as simply unwanted and judgmental, and the receiver may simply ignore the comment. Although these situations may seem trivial, food-shaming itself permeates through society on different levels.

This is high time that we end commenting like, "You're going to eat THAT?” and "I thought you ate healthy!” Hearing a comment like this can make someone feel bad for what they’re eating, and prevent them from fully enjoying it. If someone judges you for your food choices, try to understand they are probably trying to help, take a deep breath, and bring your attention back to the pleasure of eating.

As long as they’re not being invasive, there’s no reason to pay any mind to someone for eating while they're doing something else. There could be all kinds of reasons why the person wants to eat this way, none of which are anyone else’s concern. Feeling judged for eating at your desk or elsewhere can make people feel self-conscious. If you receive judgment for doing this, remember that you have every right to nourish yourself in the way you want.

This is a classic food-shaming behavior­ - calling someone insensitive for eating meat, or deeming someone pretentious for choosing to be vegan. Many people have legitimate reasons for eating or not eating meat, and judging someone only pushes them away and makes them feel misunderstood. If you’re being judged on your relationship with meat, remember that you are completely entitled to your own diet, even if it doesn’t make sense to other people.

Growing up, I was always taught to finish my plate. But the truth is, no one has the right to force anyone to eat more than their body wants. We are in charge of how much we put into our bodies, and if that means we only eat half the food on our plates, so be it. In that same vein, if someone continually finishes their plate even when they’re not hungry — good for them.

Let’s put an end to telling others we wish we could eat like them. Next time we see a slender person eating a piece of pizza, instead of asking how she gets away with it, remember that we have absolutely no idea what she had for breakfast, how much she works out, or the makeup of her genetic blueprint.

This is a tricky one. With so many awesome gluten free, vegan and sugar-free recipes out there, it’s hard not to offer people alternative options of their favorite foods. However, this might make them feel like they shouldn’t be eating what they love. If someone offers you a healthier version of a food you love, recognize that the person is just trying to help you and share something cool they learned.

At the end of the day, the only reason we judge or criticize others is because we are hard on ourselves. Practice self-compassion if you beat yourself up after you’ve eaten too much, mindlessly or had something that didn't agree with you. And if you truly want to help the people around you become healthier, commit to being a living example of how joyful it can be to listen to your own body’s needs and desires.

Tags: 5 apps you can rely on during your pregnancy, Schizophrenia make you a daydream believer, 8 weird health queries people Google, How Social Media is devastating childhood
← Previous Next →
Related Posts
Categories
Recent Posts