7 Foods That Helps To Prevent Cancer 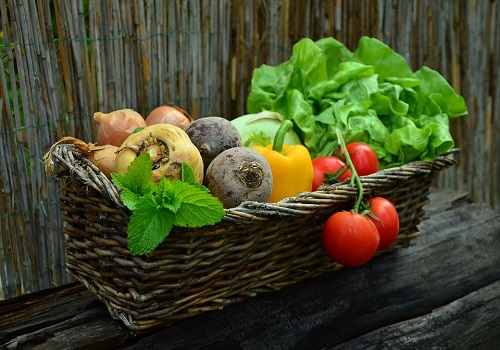 Cancer is the leading causes of deaths worldwide, accounting to millions of people and it is estimated that these figures will double in the next ten years.

Cancer is defined as a life threatening and chronic disease which occurs when the group of cells become abnormal and grow uncontrollably in the wrong place. The human body consists of billions of cells which play many important functions within the body, but when these cells are damaged, they start to grow uncontrollably. They grow in a way that is not normal and leads to the formation of a tumor. Tumour is of two types:

Cancer can occur to anybody and in any part of the body. It is of various types depending on the part of the body in which the tumour is formed. The main types of cancer include:

Evidence suggests that cancer is largely preventable. Although anyone cannot completely avoid it, there are various ways that can help in preventing the development of cancer. It is known to almost everyone that using harmful substances such as tobacco and excessive alcohol could cause cancer, but it is not known to all that our diet can also affect cancer. Some foods trigger cancer, while some prevent cancer.

List of some of the foods that can help in preventing the formation of tumor within the body:

Garlic is a popularly used spice in almost every household, not only for culinary but also for medicinal purposes. It is an excellent herb that helps to maintain overall health. It is a powerful herb that is known to prevent the occurrence of various diseases, including cancer and this is due to the presence of powerful compounds such as antibiotic, antithrombotic, and antineoplastic agents.

Garlic is considered to be a powerful product which helps in preventing or reducing the effects of cancer on the health of a person. This is because of its anticarcinogenic compounds such as allyl sulfides, quercetin, kaempferol, and linolenic acid.

Since decades, turmeric has been recognized for its medicinal properties and this is due to the presence of its various properties such as antioxidant, anti-inflammatory, anti-mutagenic, anti-microbial and anticancer. Yes!! Evidence suggests that turmeric is one of the products that contain anticancer properties. There are multiple mechanisms through which turmeric can help in inhibiting cancer cells.

The oxidative stress caused by free radicals could cause damage to the cells, proteins, and DNA, and increases the risk of developing cancer. One of the mechanisms that explains the role of turmeric in preventing cancer is that it inhibits the oxidative stress and prevents the damage caused by it.

Multiple studies have shown that tomatoes are not only appreciated due to its taste, but also for its medicinal and herbal properties. They are known to be loaded with various health benefits due to its active medical compounds, primarily lycopene. It is a powerful antioxidant that prevents the body against free radicals and preventing cancer.

Generally, high intake of nuts are considered to be unhealthy due to its high fat content, but not all nuts are unhealthy. Multiple studies have shown that nuts can provide various health benefits such as preventing the occurrence of cancer. One of the beneficial nuts is walnuts. Walnuts are considered to be a magical nuts that can help in reducing the risk of developing tumor or can slow down its growth in a patient who has a tumor.

Walnut is a highly nutrient rich and this is the reason why it is beneficial to maintain a healthy life. One of the nutrients,  Alpha lipoic acid (ALA) is known to suppress the growth of tumours in the body and it also helps by killing the cancerous cells in the body.

Beetroot is often considered to be a superfood due to its high effectiveness in treating and preventing health problems. The benefits of consuming beetroot are very high in number and this can be because it is a  dietary supplement which is highly rich in nutrients, minerals, and vitamins. The antioxidant property in food makes a food beneficial in preventing cancer and according to the researchers, beetroot ranks among the best ten potent vegetables with respect to its antioxidant property.

The beetroot contains a wide range of compounds that help to make it a superfood. When we talk about cancer, the compound known as betanin helps to fight against the carcinogenic cells. This compound is found in abundance in beetroot.

Green tea has long been known to possess a wide range of benefits on the health of an individual. It is a highly beneficial drink due to the fact that it is rich in catechins and polyphenols, ECGC being the most beneficial. It is an antioxidant that prevents the body against any damage caused by oxidative stress from free radicals.

Green tea is known to slow or prevent the growth of tumors in the body and is helpful in preventing many types of cancer such as lung, colon, mouth, and kidneys. EGCG in green tea works by inhibiting cancerous cells in the body without causing any effect on the healthy cells. It kills the cancerous cells and prevents cancer.

Spinach is also beneficial in preventing cancer as it contains numerous cancer prevention agents that battle oxidative stress and prevents the damage caused by them. It contains many properties that could help in damaging the factors that could trigger the occurrence of cancer.