A Disorder That Has No Cure- Epilepsy 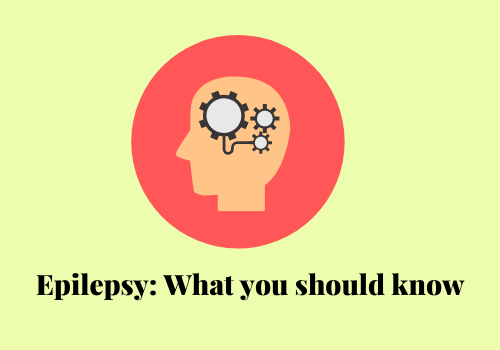 Many of you must be familiar with the medical term, Epilepsy but may not be aware of its severity. Therefore, we will have a brief discussion on it, such as how much population is affected by such disorder, what is the outcome of being affected by it, its symptoms, diagnosis, the reason behind its occurrence and many more. So let’s start with its definition.

Epilepsy is a type of neurological(central nervous system) disorder which results in the abnormal brain activity, seizures or periods of unusual behaviour, sensations, and sometimes loss of awareness. Such disorder can occur irrespective of gender or races.

Seizure symptoms may vary extensively. Some people who have epilepsy show its signs by simply staring blankly for a few seconds, while others repeatedly twitch their arms or legs. A person suffering from a single seizure doesn't mean you have epilepsy. For an epilepsy diagnosis, a person should have at least two unprovoked seizures.

Majority of the people suffering from seizures can control its symptoms with the help of treatment with medications or sometimes surgery. In some case, people may require lifelong treatment to control seizures, but for others, the seizures eventually go away. Whereas in some children, the condition of epilepsy increases with age.

Seizures are mainly classified based on the abnormal activity of the brain and are generally classified as either focal or generalized.

Focal(Partial) seizures: It is a type of seizure in which the abnormal activity occurs only in just one part of the brain; you can also call it a partial seizure. Such type of seizure is further subdivided into two categories, such as:-

It may also lead to the involuntary jerking of a body part, such as an arm or leg, and spontaneous sensory symptoms such as tingling, dizziness and flashing lights.

What Are The Epilepsy Symptoms?

In order to get the best possible treatment, first, it is important to know about the disorder. The signs of epilepsy depend on the seizures and its types. Therefore, the symptoms of epilepsy are as follows:-

Simple Partial Seizure: It doesn’t result in loss of consciousness, but it may lead to:-

Complex Partial Seizure: The symptoms of complex partial seizure include:-

Atonic seizures: Such type of seizure leads to:-

Myoclonic seizures: It results in spontaneous twisting of arms and legs.

Also Read: 4 Foods That Are Known To Improve Mental Health

Tonic-clonic seizures: Its symptoms include:-

In most of the cases of Epilepsy(6 out of 10), its cause is not known, but it is estimated that such neurological disorder may occur due to various reasons, such as:-

In most of the cases, the cause of such mental disorders remains unknown. But few directions(analysis) can help you in preventing epilepsy if you are suffering from it. It is because the consequences are rapid and sudden. Also, the reasons are unknown in most of the cases. Therefore, apart from medication, you need to know about the things that trigger epilepsy.

What Are The Things That Triggers Epilepsy?

Things that trigger the symptoms of epilepsy can be a single symptom or a combination of factors. In order to know about these things, it is important to notice(examine) a few things at the time of stroke, such as:-

The main motive behind doing this activity is to know about the things that increased the risk of stroke, such as:-

How Can I Diagnose Epilepsy?

For epilepsy diagnosis, the doctor needs to know about other conditions that cause seizures and will probably prescribe a blood test to know:-

There are other tests that your doctor may ask you to undergo may also, such as:-

Electroencephalogram (EEG): It is the most common test that helps in diagnosing epilepsy. Initially, electrodes are attached to your scalp with a paste without a noninvasive pain.

This test is sometimes performed during sleep and the doctor may ask you to perform some activity during the test. The electrodes attached to your scalp will record the electrical activity of your brain. The recorded data will determine whether you’re having a seizure or not.

Tumours and other abnormalities can also be a reason for the severe seizure. Therefore, imaging tests are preferred to reveal them, such as:-

How Can You Treat Epilepsy?

There’s no cure for epilepsy, but early treatment can help in reducing the symptoms of it. Epilepsy if not treated, may damage your brain and also increases the risk of sudden unexplained death. But such disorders can be successfully managed and controlled with the help of medication.

Such medication cannot cure epilepsy, but it may reduce the frequency and severity of it. These medicines are consumed orally with a glass of water which further gets absorbed by the stomach, travelling through the bloodstreams it finally reaches to the brain affecting the neurotransmitters in such a way that it reduces the symptoms of epilepsy.

The example of such medicines are as follows:-

Apart from the medications, the treatment depends on the severity of the symptoms, health, and your response to the therapy, such as:-

Since the reason for epilepsy is not yet specific and so is the treatment, the research is going on for the treatment of such neurological disorders. In the coming days, treatment may be in which electrodes are placed in your brains along with a generator which is implanted in your chest in order to generate electrical impulses to help detect and decrease seizures.

Another treatment that may help in reducing the symptoms of epilepsy in the coming days is a pacemaker-like device that checks the pattern of the brain activity with the help of electrical charges(impulses).