Some Adverse Effects Of Hypothyroidism

The job of the thyroid gland is to make thyroid hormones which are secreted into the blood and is carried to every tissue in the body so that the body can use it as an energy to keep the organs working. The thyroid gland primarily makes two thyroid hormones, triiodothyronine (T3) and thyroxine (T4). T3 is more active as compared to the T4 and has a direct effect on the tissues. Thyroid hormones are important for the development and functioning of various organs and when thyroid level becomes too low, it is known as hypothyroidism and it results in the slowing of body’s processes.

The thyroid hormones act as a key regulator of cellular metabolism in the body. They are responsible for maintaining various metabolic functions. The thyroid hormones stimulate the oxygen consumption in the cells of the body and are also required for the normal growth and functioning of various organs. Some of the common signs of hypothyroidism are as follows:

The absence of the thyroid hormones in the body can lead to the occurrence of various complications and it can cause mental and physical growth retardation.

There is a strong relationship between the hypothyroidism and cardiovascular diseases. Thyroid function has an influence on every structure of the heart and hence thyroid hormones have a role to play in the normal functioning of the heart. Primarily, the effects of thyroid hormones on the heart are mediated by the triiodothyronine (T3). It increases the force and speed of systolic contraction and the speed of diastolic relaxation and it decreases the vascular resistance, such as coronary vascular tone.

The relationship between thyroid hormonal abnormalities and cardiovascular disease includes the risk of developing atherosclerosis. Atherosclerosis is a serious disorder that affects the artery walls. Under this condition, the artery wall thickens due to the buildup of a fatty substance known as plaque. Plaque makes the arteries narrow and as a result, it leads to the reduced blood flow. Atrial fibrillation is another heart disorder that is commonly related to abnormal thyroid function.

Thyroid hormones are involved in many different functions of the nervous system. These hormones affect the central and peripheral nervous system through their role in gene expression, production of myelin and their effects on the neurotransmitter system and axonal transportation. Numerous studies suggest that there are various health problems that are related to the central and peripheral nervous system and are mostly diagnosed in the patients who are suffering from the hypothyroidism such as myxedema coma, cognitive impairment, cerebellar ataxia, carpal tunnel syndrome, and tarsal tunnel syndrome.

Peripheral neuropathy is defined as a condition in which the damage to the peripheral nervous system occurs and it is accompanied by various problems such as problems with sensation, movement, the functioning of glands and other problems related to the nerves. The neurological disturbances due to hypothyroidism include decreased mental status, bradycardia, poor concentration, and short-term memory.

Infertility is a condition which is described as a failure of a couple to conceive a pregnancy even after regular sexual intercourse of one year. Endocrines play a central role in the pregnancy. Numerous studies suggest that thyroid disturbance are the most common endocrine disorder in females at reproductive age. There is an active involvement of thyroid hormones in the early stage of pregnancy. These hormones are involved in the stage of placentation as T3 and epidermal growth factor has a synergistic effect. Thyroid dysfunction affects all aspects of reproductive function in the females as it causes infertility, abortion, and menstrual abnormalities. Hypothyroidism can lead to the failure of sex steroids by disrupting the functioning of hypothalamic-pituitary ovarian axis. Most often, thyroid dysfunction reduces the likelihood of pregnancy and affect the pregnancy outcome.

Tags: How Diabetes Is Affecting Your Nervous System, 5 Tips That Help You Improve Heart Health, Diseases Associated With The Circulatory System, 4 Yoga Poses To Improve Hypothyroidism 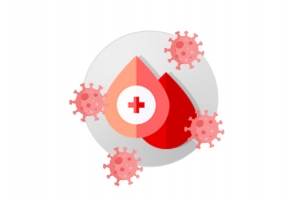