All You Need To Know About Multiple Sclerosis 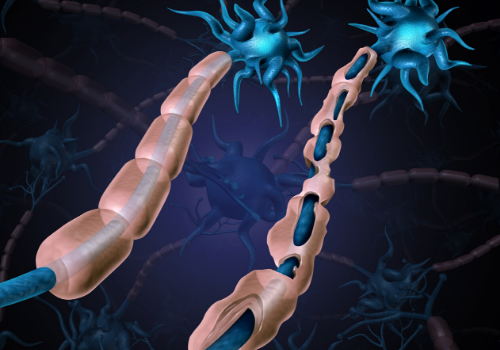 What Is Multiple Sclerosis?

Multiple Sclerosis affects Central Nervous System, particularly brain, spinal cord and optic nerves. It is a chronic condition that transforms the way in which nerves function.

In multiple sclerosis, the immune system attacks myelin(a protective sheath covering nerve fibres). This damages the nerve cell and brain becomes incapable of sending a signal to the rest of the body parts.

Nobody knows the exact cause for multiple sclerosis. Researchers believe that the following factors could be significant for the development of the disease.

Multiple sclerosis is not an inherited disease. But, certain genes in the body can quickly react to environmental factors and cause the disease.

If you have a sibling or parent with MS, you are at a substantial risk of developing the disease.

Smokers are at a huge risk of developing multiple sclerosis. Sometimes tumors develops in the brain, causing shrinkage.

Obesity in children and adults can cause multiple sclerosis later on in their life. It can also lead to increased inflammation in the people who have already been diagnosed with the disease.

As compared to men, women are believed to be at a greater risk of getting MS(specifically 2-3 times).

Vitamin D and exposure to sunlight plays an important role in MS. Low levels of is believed to be one of the major risk factors for MS.

People living near the equator usually gets more sunlight and have high amounts of vitamin D in their bloodstream. They remain at the low risk of developing multiple sclerosis.

Vitamin D provides a great support to our defensive mechanism and eradicates the risk of several harmful diseases.

What Are The Symptoms Of Multiple Sclerosis?

People often becomes weak and lethargic when struck by MS.

You experience sudden vision problems with MS. These problems are classified into following categories:

Vision problems are caused due to many different reasons, and so you can’t conclude anything when you experience this symptom.

About 50% of MS victims suffer from one or the other cognitive issues. Some of them are listed below:

Almost 80% of people suffering with MS experience bladder problems. Following are the symptoms patients usually get:

According to a survey, most people with MS experience pain at some point. Some people get relieved from their pain soon, while others don’t. The symptoms include:

Pain can be caused for various reasons. Consult your healthcare specialist and know the cause of your pain.

MS can lead to numbness of the body. It affects the brain and spinal cord that create problems while sending signals to different parts of the body.

Sometimes, no signals are sent that leads to insensitivity or numbness.

MS attacks at the central nervous system that can cause sexual dysfunction.

MS is believed to hamper that portion of the brain which controls speech. Primary symptoms include:

How Is Multiple Sclerosis Diagnosed?

No blood test can detect multiple sclerosis. The doctor takes it to eliminate other medical conditions that have identical symptoms.

Spinal tap(or lumbar puncture) is a significant test to detect MS. In this, the doctor uses a thin needle and collects a sample of your cerebrospinal fluid. The fluid is taken from the lower back portion of the body.

The abnormalities in inflammatory cells and proteins shows that a person has MS. Other medical emergencies including Guillain-Barre Syndrome, meningitis or the cancer of brain and spinal cord could be detected with this test.

Side effects of the test

MRI takes clear pictures of the human body without the use of harmful x-ray. It uses a powerful magnetic field, radio waves and a computer to produce the pictures.

The damaged regions of brain and spinal cord are clearly visible in this test, that sometimes could be missed out with a test like a CT scan.

It can be used to

There are no side effects of taking this test. The structural abnormalities could be detected more precisely with the test.

The doctor will take this test to determine the time your nerves are taking to respond to the stimulation. The stimulation can be audio, video or somatosensory.

This test is done to: