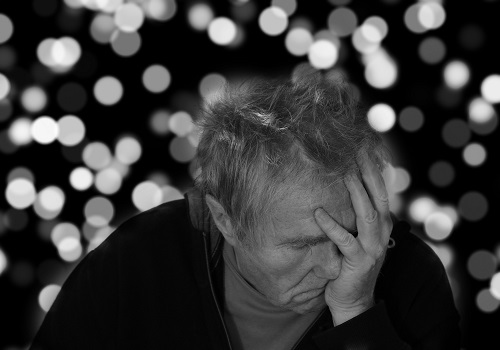 Named after Alois Alzheimer, the doctor who first discussed it, Alzheimer’s Disease is the most common cause of dementia, accounting for 60%-80% of cases of dementia.

Alzheimer’s Disease is a progressive disorder, which means it gets worse over time, causing more damage to brain cells, and making the symptoms more prominent.

This disease affects around 520,000 people in the United States, making it the leading cause of dementia.

Alzheimer’s Disease Facts and Figures, an annual released by Alzheimer’s Association revealed that about 5.8 billion Americans of all ages suffer this mental illness. This figure includes about 5.6 billion people aged 65 and above and rest 200,000 have an early onset of Alzheimer’s.

Our brain constitutes of millions of nerve cells connected with each other. In Alzheimer’s Disease, these connections are lost due to protein build-up resulting in the formation of “plaques” and “tangles”. Gradually, the neurons die and brain tissue is damaged. Apart from neuron degeneration, chemicals which facilitate signal transmission in brain cells are also reduced considerably in patients of Alzheimer’s Disease.

There is no treatment that can completely cure this disease, most of the medications may improve the symptoms or slow down the decline process. Severe complications of brain function developing at a more advanced stage of this disease can result in dehydration, malnutrition or infection - leading to death as well.

Memory loss is the most distinguishing symptom of this disease. The person is not able to keep  track of recent activities or conversations. The functioning of the brain worsens as the disease progresses.

It is common for all of us to forget about our recent actions or conversations, but this condition is persistent in Alzheimer’s patients. It can worsen further leading to memory loss affecting him or her in their workplace or day to day activities.

A person with Alzheimer’s can:

Analytical abilities of the brain are adversely impacted by Alzheimer’s. Patients have difficulty in concentrating and analyzing. Multitasking becomes tough for them and they cannot recognize numbers well, thus facing issues in day to day chores such as managing expenses or paying bills.

Most people suffering from Alzhimer’s Disease are unable to take rational decisions in their everyday lives and become inefficient to respond to everyday occurrences. Few instances include poor social interaction, wearing inappropriate clothes in accordance to the weather, poor driving skills,etc.

Alzheimer’s in its advanced stage may cause one to be forgetful about everyday tasks such as bathing, eating or dressing up. These actions become a daily struggle for the patients and can cause great difficulty for them to remember these.

A person suffering from Alzheimer’s Disease may display few unusual behavioural patterns and decline in interpersonal skills. Few of the common disorders include:

These are those skills which remain intact  in the early stages of the disease, because they are controlled by those parts of the brain which get affected in due course of this mental illness. Few examples of such activities include reading books, listening to music, dancing, drawing, telling stories, etc.

The exact reason for this condition is not yet known, but the most possible cause of it is degeneration of nerve cells due to disrupted brain proteins which hamper the functioning of neurons, and thus they get damaged, lose connections and eventually die.

The disease starts affecting that part of the brain first which control memory functions and eventually spreads to other parts of the brain in a known manner.

The two abnormal structures formed inside the brain which are involved in Alzheimer’s are:

Plaques: Beta-amyloid is a peptide processed from Amyloid Precursor Protein (APP) involved in neuronal development, transmission and homeostasis. When this substance cluster together, they tend to have an adverse effect on neurons and disrupt signal transmission. These clusters gradually form larger deposits called amyloid deposits, which are composed of other cellular debris too.

Tangles: Tau protein help in transmissiting nutrients or other essential elements to nerve cells and play a major role in cerebral functioning. At times, they disintegrate and organise into complex structures called neurofibrillary tangles which interrupt movement of essential fluids in the brain.

Various factors which can trigger an increased risk of Alzheimer’s Disease are:

Ageing makes you most vulnerable to this disease. Alzheimer’s is not a normal part of ageing process but yes once you start growing older, you are likely to get affected by this mental condition.

You are more prone to this condition if any of your parent or sibling suffers from Alzheimer’s. The understanding of the hereditary factor of Alzheimer’s is still not deduced completely and is very complex.

One of the genes,  apolipoprotein E gene (APOE), and its variation (APOE e4), facilitates the possibility of Alzheimer’s disease but this as well does not apply to everyone with this gene variation.

Research has shown that unhealthy lifestyle and poor heart condition can also increase the chances of having Alzheimer’s Disease. Few such lifestyle habits are:

Risk of getting affected by Alzheimer’s is a lot if you had any previous severe head injury or trauma.

This condition is described as loss of memory retention abilities and thinking capabilities which is in a worse state of what is expected for a person’s age. These people are very prone to dementia, which gets started as memory loss and eventually the condition declines due to Alzheimer’s disease. A person detected with MCI should maintain a healthy lifestyle, go for regular checkups to observe symptoms and form an activity plan to compensate for the memory loss.

Complications Or After-Effects Of Alzheimer’s Disease:

The mental conditions of an Alzheimer’s patient can complicate his or her other health situation and give rise to more severe health problems. These can be best observed through symptoms like experiencing pain, reporting symptoms of other illness, mention medication side effects.

By the time Alzheimer’s Disease advances towards its last stage, it has already affected most parts of the brain resulting in disordered physical actions such as balancing, bowel and bladder movement, pain while swallowing, etc.

These can further conclude in states of:

Alzheimer’s cannot be avoided completely but yes taking precautions lowers the risk of suffering from this disease. Studies suggest that all lifestyle changes intended towards reducing cardiovascular risks also lower the risk of Alzheimer’s Disease.

Few of the recommended healthy lifestyle habits include: