Are You Aware Of A Migraine? 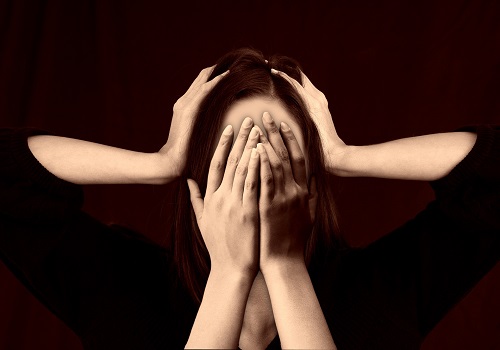 A migraine is a common and chronic neurovascular disorder and millions of people are diagnosed with this disease. It is a complex condition that affects the whole body and results in the most common feature of a migraine and that is a painful headache. But, migraine is not only limited to a headache. It affects the overall quality of life of a sufferer and leads to both physical suffering and emotional suffering. Migraine headaches are severe headaches that follow a particular pattern that usually attacks one side of the head and is accompanied by throbbing pain, nausea, vomiting, and sensitivity to light and sound. When a headache come with two or more such symptoms then it is considered to be a migraine headache. A migraine headache can be accompanied by the symptoms such as fever, drowsiness, pain in the muscles, change in the senses and difficulty concentrating. Migraine headaches can be divided into two major subtypes:

Migraine without aura - It is a syndrome which is a common type of a migraine and the severity of this type varies from person to person and it depends on the intensity of a headache. It is characterized as one sided throbbing pain that is associated with nausea, vomiting. Tiredness, difficulty with concentration and sensitivity to light and sound. Some individual with a migraine without aura experiences premonitory symptoms. Premonitory symptoms predict the onset of a migraine headache within 72 hours.

Migraine with aura -  It is a classic type of a migraine which is characterized as a recurrent and unilateral attack. It begins with visual, speech and sensory disturbances that can last up to an hour. Aura is a neurological symptom that occurs before a headache but sometimes it occurs when pain phase commenced. Some types of aura include :

Also Read: Do You Know That Smoking And Drinking Can Affect Potency?

Although the frequency and the duration of the migraine attacks can vary from person to person but the migraine attack goes through five stages. The first stage is a warning stage that has symptoms such as tiredness, hunger, thirst, changes in the mood and this stage stays for up to 48 hours before an attack. The second stage is the aura stage that lasts for an hour and it has symptoms such as visual disturbance, confusion, and a headache. The third stage is the main stage in which symptoms like vomiting and nausea occurs along with frequent headaches. Then comes the postdrome stage in which the pain disappears but the feeling of tiredness remains with the patient. The last and the fifth stage is of the recovery stage.

Things that trigger the symptoms of a migraine

Both too much sleep and very little sleep are linked with a migraine. Many studies have proved that sleeping more than the usual sleeping hours can trigger the symptoms of a migraine. Lack of sleep can also play a role in triggering migraine as sleep deprivation can cause tiredness and tiredness is one of the factors that trigger a migraine.

Hormones play an important role in the onset of a migraine. Women are more likely to suffer from a migraine as compared to men and most of the women migraine sufferers experience a migraine headache at the time of menstruation. A migraine can create a lot of suffering. Whenever the body goes through any hormonal change, it affects the health. Menstruation, ovulation, and menopause are some hormonal factors that trigger a migraine.

Tags:  Buy Anti-Migraine Drugs Online, What is this shooting pain in the back of my head?, How can Schizophrenia make you a daydream believer?, 5 PMS hacks that can save your day