How Argan Oil Enhances The Health? 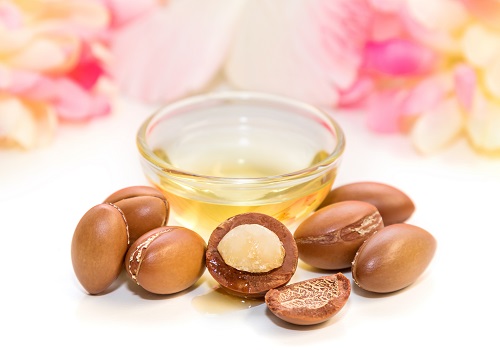 Argan oil is a type of oil that can only be found from the fruit of the argan tree that is endemic in morocco. It is considered to be a luxury item which has the ability to treat various health problems in humans.

In several countries, it is used as a natural remedy and this can be due to the availability of various pharmacological properties. This oil is primarily rich in antioxidant compounds and unsaturated fats that can play a role in the prevention and treatment of many health conditions such as cardiovascular disease and cancer. Some of the chemical compounds that are known to be present in argan oil are as follows:

Benefits of argan oil on the skin

Argan oil is considered to be the perfect choice for many people who wants to have a healthy and glowing skin. Argan oil is basically an oil that provide all the functions that are important to keep the skin healthy such as moisturization, protection from ultraviolet rays, prevents wrinkles, and many other things that can affect the health of the skin.

The high percentage of polyphenols that contain antioxidant properties is likely to be the reason for many dermatological properties of argan oil. Most often, when out skin is exposed to ultraviolet rays, it triggers the occurrence of many skin problems. Ferulic acid which is an antioxidant in argan oil prevents the damage caused by ultraviolet rays on the skin. In addition of ferulic acid, this oil also contains vitamin C and E which increases the protection from skin damage caused by the ultra violet rays and these vitamins does this by absorbing the rays and reducing its effects.

Moisturisation plays an important role in maintaining the health of the skin. Argan oil contains skin moisturising properties. Moisturization basically acts as a protector to the skin as dry skin to prone to cause skin problems. It is very well known that hydration is a key to healthy skin and moisturization provide good amount of hydration to the skin.

Benefits of argan oil on the heart

There are various factors that play roles in keeping the health of the heart normal and any impairment or fluctuations in those factors could lead to the development of heart problems. Some of the most closely associated factors with the heart health include blood pressure, blood cholesterol levels, blood glucose level, and body mass index.

Multiple studies have been conducted to investigate the effects of argan oil on the cardiovascular system of an individual and it was observed that argan oil treatment has the ability to reduce the elevation of blood pressure, glucose level, and insulin resistance through various mechanisms and primarily through anti-oxidative properties.

Cancer is one of the leading causes of deaths and disabilities across the world. Millions of people throughout the world are diagnosed with some type of cancer. It is an extremely serious condition which occurs due to abnormal growth of cells within the body. When the cells in different parts of the body starts to grow uncontrollably, it leads to the buildup of tumour.

Also, the presence of polyphenols and squalene in argan oil is considered to be the key factor in explaining how it helps in preventing the development of cancer. Squalene which is a nutrient rich antioxidant has the ability to deactivate the effects of free radicals. Free radicals can cause significant damage to the cells, especially to DNA that plays an important role in the development of cancer.

Arthritis is a medical term which is used to describe the conditions or health problems that affect the joints. This is a condition which impairs the quality of life of the sufferer and it is characterized by the painful inflammation and stiffness of the joints. There are many health problems that comes under the group of arthritis and all these conditions affect the joints. The severity level of each type differs. Many components in the argan oil are used for healing purposes. The carotenoids and polyphenols in argan oil are said to have anti-inflammatory agents that helps to treat arthritis through its anti-arthritic effects.

Many of us often complaints for frequent hair loss and look for different solutions that can help them strengthen hair. Argan oil is one of the oils that are known to promote good strength of hair. It has the ability to nourish the strength of new hair. It is an amazing oil that can help to manage the hair by restoring their smoothness, eliminating the roughness, and stopping the tangles. It also adds moisturization to the oil which is important to keep the health of the hair.