Arthritis And Its Common Types 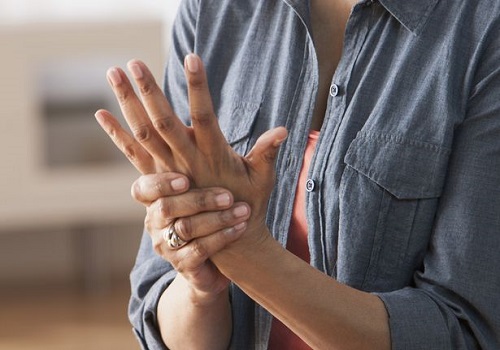 Arthritis is a disease that most commonly affects older people and it is characterized by the pain that can be the hardest part of having arthritis. Arthritis is basically defined as an inflammation and swelling of the joints and damage of the joint tissues due to stress or any other medical reason. The pain of arthritis is of two types:

The severity of the pain and the symptoms of this disease may differ from one person to another. There are various types of arthritis and some of the common types are as follows:

Osteoarthritis is considered to be one of the most common causes of disability in older adults. It is a long term chronic disease that is characterized by the damage of cartilage in joints. Joint pain is the most common symptom of osteoarthritis and under this condition, pain tends to worsen with an activity.

Any joint of the body can be involved in osteoarthritis but primarily, the joints of hands, knees, hips, and spine are affected. Some of the symptoms that act as a warning sign include stiffness in the joints,  swelling or tenderness in one or more joints, and the sound of the bone rubbing the bone. Generally, osteoarthritis occurs over time and it involves various risk factors such as

Rheumatoid arthritis is a chronic autoimmune disease that causes an inflammation of joints and results in chronic pain, stiffness, and loss of functions. Sometimes, it is accompanied by fatigue, weight loss, and low grade fever.

Millions of people across the world suffer from rheumatoid arthritis and the prevalence of the development of this disease is more common in women as compared to the men. Rheumatoid arthritis usually affects the pair of joints such as joints of both hands or both feet and more than one joint can be affected including the small joints.

It is a serious condition and over time, an inflammation can lead to damage to the joints which can further results in permanent joint damage, deformity of the joints and loss of function. The exact cause of rheumatoid arthritis is not known but the following are believed to play some role in the development of this disease.

Fibromyalgia is a disorder that is characterized by the chronic pain. It is a disorder that causes muscle pain, extreme tiredness and is accompanied by sleep disorders, headache, stiffness, painful menstrual periods and numbness in hands and feet.

Fibromyalgia is a common yet serious disorder that affects the quality of life of a sufferer. It is associated with various symptoms that affect the functioning of daily activities. The causes of fibromyalgia is not known but some factors that can be involved in the occurrence of this disease include:

The most commonly affected area of the body is a big toe but it can also affect other parts of the body such as ankles, heels, knees, wrist, fingers, and elbows. Along with the pain, gout is often accompanied by swelling, redness, stiffness, and feeling of heat. The risk factors that are associated with the development of gout include:

Systemic lupus erythematosus is an autoimmune disorder that affects many parts of the body and is accompanied by symptoms like swelling, joint pain, sores in the mouth, and rashes that gets worse by an exposure to the sun.

Genetic is another factor that increases the risk of developing this autoimmune disorder. According to various studies, siblings of systemic lupus erythematosus are thirty times more likely to develop this disease as compared to those who are without an affected sibling.