Attention-Deficit/Hyperactivity Disorder (ADHD) - What Is It And How To Treat It? 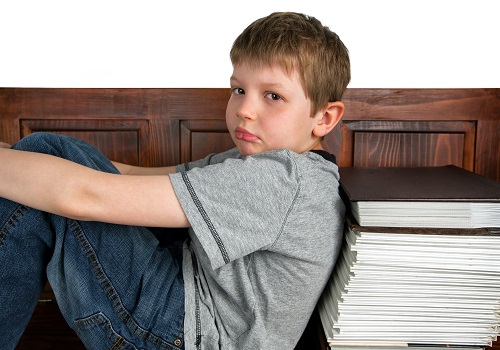 ADHD (Attention deficit hyperactivity disorder) is a neurodevelopmental disorder which makes it difficult for a person to pay attention and control impulsive behaviors. It usually appears in early childhood, before the age of seven and makes it difficult for the children to restrain their spontaneous responses. Though sometimes it can be difficult to distinguish between normal behavior and ADHD, as just a few signs of it may not exactly amount to ADHD. However, if there are many signs which points the situation to this disorder, then it’s time to take a closer look.

What causes ADHD?
A research suggests that it may be caused by interactions between genes and environmental or non-genetic factors. Some factors that contribute to ADHD (Inattentive) are:-

The symptoms of ADHD are easily noticeable, even before the age of 6. Though many people can have some of the symptoms related to ADHD, but it doesn’t necessarily point towards the disorder. ADHD is diagnosed and treated only when the symptoms are severe and not very recent or occasional.

The diagnosis and treatment can be difficult in the case of ADHD, as many of the symptoms are similar to some other mental health conditions. And if the person is suffering from more than one disorder, which is common, then it’s complicated to specify which mental condition is causing the problems and how to prepare treatment for it.

Treatment for ADHD can help in relieving the symptoms and make it easier to cope with the condition every day. There’s no cure for ADHD, it can only be managed through the required support or medication, if necessary.

It can be treated through medication, therapy, education and training, and some school-based programs. The treatment is usually different for each patient as a personalized treatment plan is prepared to meet the specific needs of the patient.

Also Read: 8 Reasons Why You Stay Exhausted All Day

Medication:
Some ADHD medications are proved to reduce hyperactivity and impulsivity and improve the ability to learn, focus, and work.

Therapy:
With therapy, other health problems associated with ADHD are also treated through one of the many kinds of therapy. Therapy is not effective enough to treat ADHD, but it may help the patients to cope with the daily challenges in a better way.

Education and Training:
It includes Parenting skills training, stress management techniques, and support groups where the patients are guided towards reaching their full potential and overcoming the disorder. Mental health professionals try to help the child and their parents learn new skills, attitude, and ways of relating to each, in order to cope with the situation.

School-based program:
Some schools provide special education to the children suffering from ADHD. The education specialists help the child by making some changes in the classroom or assignments so that it suits the needs of the child and help in succeeding.

Caring for a child with attention deficit hyperactivity disorder (ADHD)

It can be very stressful to take care of a child suffering from ADHD. What’s important to know is that the child is unable to control the behavior before acting on it. As frustrating as it can be, there are many responsibilities that the parents can fulfil to control the symptoms and to overcome the daily challenges.