Autism Test That You Just Should not Miss 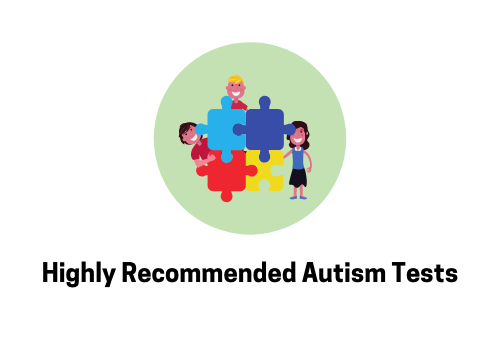 Children diagnosed with ASD seem to live in their own world and they lack social awareness. A child with this disorder focuses on following a routine that may include normal behaviours. So, do you fear that your child might have ASD? Before we delve deep into the treatments and diagnosis, we must first learn about ASD and its causes, symptoms and why is it necessary to undertake the tests. This article would even highlight the measures, which you can take into consideration to alleviate the symptoms, and some treatments as well.

Autism spectrum disorder (ASD) is a broad term used to define a particular group of neurodevelopmental disorders. These disorders are characterized by problems with social interaction and communication. People with this disorder often demonstrate repetitive, restricted, and stereotyped interests or patterns of behaviour.

ASD is found in individuals all across the world, regardless of culture, race, gender or economic background. According to the Centres for Disease Control and Prevention (CDC), ASD does occur more often in boys as compared to girls, with a 4 to 1 male-to-female ratio. The CDC estimated in that nearly 1 in 59 children have been identified with ASD, in the year 2014. There are indications that cases of ASD are on the rise. Some ascribe this increase to the environmental factors. However, the experts’ debate whether there’s an actual increase in the number of cases or just more frequent diagnoses.

What are its different types?

The DSM, Diagnostic and Statistical Manual of Mental Disorders, is published by the APA or the American Psychiatric Association and it is used by the clinicians to diagnose a variety of psychiatric disorders.

The fifth and the most recent edition of the DSM was released in the year 2013. The DSM-5 currently recognizes five different ASD specifiers or subtypes. They are as follows:

It’s crucial to note that a person who received one of these earlier diagnoses hasn’t lost their diagnosis and won’t need to be revaluated. In accordance to the DSM-5, the broader diagnosis of ASD encompasses disorders such as Asperger’s syndrome.

Autism symptoms are clearly evident during early childhood, between children aged 12 and 24 months. However, symptoms may also appear a little earlier or in some cases, later.

Early symptoms may include a marked delay in social development or in language.

The DSM-5 divides the autism symptoms into two main categories: problems or issues with communication and social interaction, and repetitive or restricted patterns of behaviour or activities.

Restricted or repetitive patterns of behaviour or activities include:

Problems with social interaction and communication include:

The American Academy of Paediatrics (AAP) recommends that all the children must undergo screening for ASD at the ages of 18 and 24 months. Early screening can help with early identification of children who could have the disorder. These children might benefit from early diagnosis and intervention.

The Modified Checklist for Autism in Toddlers (M-CHAT) is a common screening tool that is used by many paediatric offices. This survey has 23 questions that is supposed to be filled out by parents. Paediatricians can then use the response provided by the parents to identify children that may be at risk of having ASD.

It’s important to note that screening is not a diagnosis. Children who screen positively don’t necessarily have ASD. Additionally, screenings sometimes don’t detect every child that has the disorder.

Other screenings and tests:

Physicians may sometimes recommend a combination of tests for autism, including:

The diagnoses are typically made by a team of specialists. This team may include occupational therapists, child psychologists, or speech and language pathologists.

Also Read: Everything You Should Know About Alzheimer's

There is no treatment that can completely cure autism, but considering therapies and some treatments can help people feel better or alleviate some of the symptoms.

Many treatment approaches involve therapies such as:

Weighted blankets and clothing, massages and meditation techniques can even induce relaxing effects. However, treatment results can vary. Certain people on the spectrum may respond well to certain approaches, while others may not.

Alternative treatments for reducing autism symptoms may include:

Research on alternative treatments is mixed, and some of these treatments could even be dangerous. Before investing in any of the treatments, parents and caregivers must weigh the research and financial costs against any possible benefits.

Children autism symptoms may find that certain exercises and physical activities can play a role in alleviating frustrations and promoting overall well-being. Any kind of exercise that the child enjoys can be beneficial. Walking, running and simply having fun on the playground are both ideal. Swimming can serve as both, exercise and a sensory play activity. Sensory play activities can help children with ASD who may have trouble processing any signals from their senses. Sometimes, contact sports could be difficult for individuals with autism. Other forms of challenging yet strengthening exercises can be encouraged.

What are the causes of Autism?

The exact cause of ASD still remains unknown. The most current research explains that there is no single cause.

Some of the suspected risk factors for ASD include:

According to the National Institute of Neurological Disorders and Stroke (NINDS), environment and genetics both, may determine whether a person develops autism. Multiple sources, new and old, have concluded that this disorder isn’t caused by vaccines. A controversial 1998 study proposed a link between measles and autism, mumps and rubella (MMR) vaccine. However, that study has been debunked by another research and was eventually retracted in the year 2010.

Can diet have an impact on Autism?

There’s no specific diet prescribed for people with ASD. Nevertheless, some autism advocates and experts are exploring dietary changes as a way to help minimize behavioural issues and increase the overall quality of life. A foundation of the autism diet is the avoidance of foods with artificial additives. These include colours, preservatives, and sweeteners.

A diet for the disorder may instead focus on whole foods, such as:

Some autism advocates even endorse a gluten-free diet. The protein gluten is found in barley, wheat, and other grains. These advocates believe that gluten creates inflammation and adverse bodily reactions in certain people with ASD. However, scientific research is inconclusive on the relationship between gluten, autism, and another protein called casein. Certain studies, and anecdotal evidence, have suggested that diet could help improve symptoms of attention-deficit hyperactivity disorder (ADHD), a condition that is similar to ASD.

Why is Autism awareness important?

The month of April is World Autism Month. It has even been deemed National Autism Awareness Month in the United States of America. However, many advocates have rightly called for the need to increase awareness about ASD year-round, and not just during 30 specific days.

Autism awareness even requires empathy and an understanding that ASDs are different for everyone. Certain therapies and treatments can work for some people but not others. Parents and caregivers can also have differing opinions and views on the best way to advocate for a child with autism. Understanding ASD and the people who are on the spectrum starts with awareness, but it doesn’t end there.