Back Pain & Psoas Muscles - Read On To Know More! 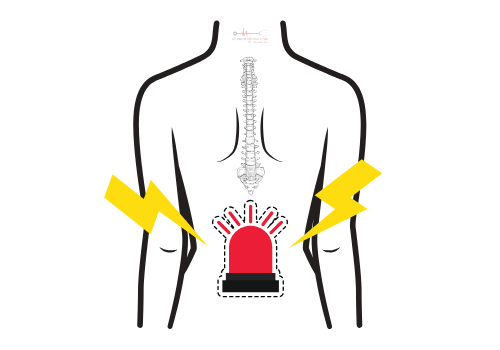 Back pain is a common problem these days. Back pain is usually felt in the lower back area of the body. To treat ourselves readily we often look up to the internet for remedies for fast back pain relief and do not get to the root cause of it.

All sorts of daily activities and exercises maintaining the flexibility of the lower abdominal areas, the waist, hip, thighs, and pelvis joint, includes the psoas muscles.

It is extremely important for a good posture, and anyone who is capable of doing pilates knows the importance of the psoas intimately. Weightlifters, gymnasts, and triathletes heavily rely on the psoas muscles for support.

Location Of The Psoas Muscles And Its Importance

The iliopsoas group is created by two major muscles, the psoas major and iliacus. If you are a regular gym-goer, you are very much aware of your trainer instructing stretching the hip flexors at the end of the strength class.

The most prominent knowledge about the psoas muscles is present the chiropractor. For those who suffer from lower back pain, spinal pain hip pain can actually go to a chiropractor to get relief. A chiropractor can apply pressure on the pelvic inlet area and help to release the tight psoas. Athletes who find it difficult to move the lower body muscles take professional assistance in getting the psoas muscles released.

Also Read: Immunotherapies - Lung Cancer Is No More A challenge!

A Strong Psoas Muscle The Need For It

Everyday activities are largely supported by the psoas muscles. A weak psoas muscle can make the easiest of tasks a challenge and cause bigger problems such as swaying back. The psoas muscles act as key messengers of the central nervous system when there is a lack of support from it.

Lack of support of the central nervous system is first felt by the psoas muscles, because of the way the human body responds to gravity becomes, different than intended.This results in muscle imbalances and causes a body to compensate in another area and additional issues and even injury.

Some people also get diagnosed with psoas syndrome and iliopsoas tendonitis. These diseases produce aching pain in the Hip area although they are completely separate conditions. They are often described similar because the psoas syndrome is a condition involving the rupture or torn of the iliopsoas muscle tendon.

The iliopsoas tendonitis involves inflamed muscle. The piriformis syndrome is closely associated with the sort of pain and maybe referenced when seeking a diagnosis.

Yoga therapists often refer to the psoas muscles as the muscle of the soul, because they are directly connected to the diaphragm via connective tissue of the fascia that affects the breadth and fear reflex of a person. The psoas muscles are capable of affecting the breadth and reflex because they are linked to the reptilian brain which is referred to as the most ancient interior part of the brain stem and spinal cord.

Emotional trauma or lack of emotional support in a person can lead to a chronically contracted psoas muscle disease. The ancient limbic system of a person is closely related to emotions, like fear and anxiety and makes quite a sense in affecting the psoas muscles and weakening the emotional balance.

Most common symptoms may include the following:

·         Restriction in moving the thigh backward

The psoas muscles are deep-seated abdominal muscles closely related to most of the internal organs, that works primarily in the human body. The two major muscles connect the lowest spine and the lower body. It may become tight and overactive along with other hip muscles due to continual sitting and chronic stress.

It is equally important to release the psoas muscles along with the hip muscles and abdominal muscles so that no restricted activity takes place. If you suffer from pain in the psoas major muscles, it's best to consult a therapist or a chiropractor who can address these issues professionally.

An advanced level of back pain surgery is often prescribed, however, research is still focused on improving health by traditional and conventional modes of medicines.