Bad Breath And Its Possible Causes 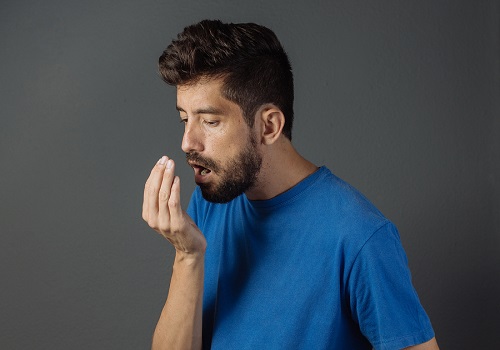 Bad breath, also known as halitosis is a common problem and at the same time, it is one of the forms of embarrassment which cause distress. Bad breath can have a significant and negative impact on an individual both personally and socially.

There are various things that can cause bad breath and it can originate either from oral or non-oral source. Research suggests that most of the cases of bad breath are associated with an oral source. There are many factors that affect oral health such as:

Bad breath occurs when naturally occurring bacteria break down the food particles and release chemicals that have a strong odor.

Dry mouth, also known as xerostomia is one of the common cause of bad breath. It is defined as a condition which occurs due to lack of saliva in the mouth. It is a distressing problem that causes various problems such as difficulty in swallowing, chewing, taste, and speaking, burning sensation in the mouth, cracked lips, infections in the mouth, and mouth sores.

Dry mouth occurs when the glands that are responsible for making saliva do not function normally. Lack of saliva is often accompanied by bad breath and primary cause to it is that saliva helps to wash food particles from the mouth. As a result, when people suffer from dry mouth they are at high risk of having bad breath.

Periodontal disease, also known as gum disease is a common type of oral illness which is strongly associated with bad breath. It is an oral illness which occurs when the plaque and tartar remain on the teeth. Our mouth is full of bacterias that form sticky plaque and when this plaque remains in the mouth for a long time, it hardens and forms tartar. This bacterial film, known as plaque gives off an odor that affects breath.

Apart from bad breath, periodontal disease is also accompanied by other symptoms like swollen gums, tenderness, sensitive teeth, and problems in chewing. There are many risk factors for periodontal disease such as smoking, hormonal changes, genetics, certain medication and certain illness such as diabetes.

Tonsillitis is another disease that triggers bad breath. Tonsillitis is an inflammation of tonsils which are two tissues at the back of the throat. Tonsillitis is more common in children, but it can develop in people of all ages. It is characterized by a wide range of symptoms such as bad breath, sore throat, swollen tonsils, tender lymph nodes on the side of the neck, and problems with swallowing.

Sinusitis is a bacterial infection which develops when the opening between the sinuses and nose becomes blocked. The sinuses are air-filled cavities, which are lined with classical, pseudostratified and ciliated columnar epithelium. Sinusitis is characterized by symptoms like bad breath, colored nasal discharge, increased nasal obstruction, persistent pain in sinus cavities, cough, and pain in the teeth.

Sinusitis is characterized by an inflammation of one or more of the paranasal sinuses. It is categorized into four types:

Thrush is an infection of the mouth caused by a yeast germ known as candida. It appears as white spots that develop in the mouth. Sometimes these spots join together and form a large spot which is known as plaque. It looks like a yellow and grey in color.

Sometimes patients having thrush may develop sore, cracked, red areas just outside your mouth which mainly affects the angle where the upper and lower lips meet. Usually, mild oral thrush is painless. Bad breath is a common symptom of thrush and this is due to the infection and germs.