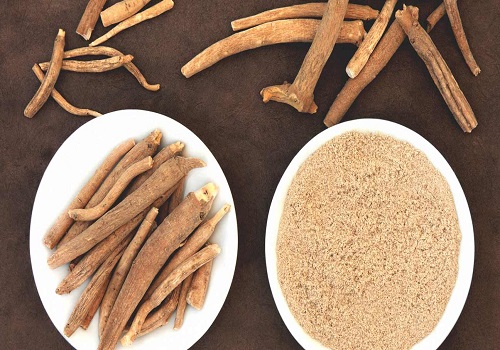 Withania Somnifera, also known as Ashwagandha is a small evergreen herb which is widely used as Ayurvedic medicine. It is an adaptogenic herb that belongs to the Solanaceae family and its adaptogenic properties promote general mental and physical wellness. For thousands of years, it has been considered as an excellent rejuvenator and a cure for various health problems. It helps in maintaining the proper nourishment of the tissues and supports the functioning of the adrenal and reproductive system. Withania somnifera has its effects on the entire body and it possesses many qualities such as anti-inflammatory properties, antitumor, and anti-modulatory properties and this magical herb also has an influence on the endocrine, nervous and cardiopulmonary system. Withania Somnifera contains potentially active constituents of alkaloids and steroidal lactones and these constituents are reported to have antioxidant properties that prevent any cardiovascular complications and it also promotes the smooth functioning of the central nervous system.

Withania Somnifera is considered to be one of the best agents in Ayurveda that has no significant side effects and has benefits on all parts of the body. Various studies have shown that withania somnifera has beneficial effects of the following health problems:

Diabetes mellitus is one of the most common endocrine disorder in the world and its prevalence is rapidly increasing. It is defined as a condition in which the blood sugar level of the body becomes too high. Diabetes induced hyperglycemia leads to chronic and acute side effects that can affect other organs of the body. Withania Somnifera contains many properties that help in regulating the blood sugar level in the body and decreases the risk of hyperglycemia. It improves the insulin sensitivity and stimulates the hepatic glucose metabolizing enzymes. It works great in reducing the cravings for the sugar which in turn has a positive effect on treating the disease. Also, stress is one of the major factors that lead to the development of diabetes mellitus or worsens the symptoms in diabetic patients. Withania Somnifera has an antistress effect and it controls the production of cortisol, which is a stress hormone. This herb helps in both types of diabetes mellitus.

Sexual dysfunction has become one of the common condition in both men and women. The extracts of withania somnifera are highly used to treat sexual problems such as erectile dysfunction, sexual weakness, and performance anxiety in men and diminished sexual desires and all other forms of sexual dysfunction in women. Decreased testosterone level is one of the major cause of sexual dysfunction in men, particularly erectile dysfunction which is a condition in which men face problems with the erections. Withania Somnifera has been reported to significantly increase the testosterone level and improves the symptoms of erectile dysfunction. Also, stress plays a major role in developing sexual dysfunction and it is a herb that protects the body from stress and helps the body address the effects of stress. It has also been shown to reduce the level of cortisol and restores healthy adrenal functions. Endocrine system plays a role in the healthy erectile function and normal functioning of the endocrine system is vital for maintaining the satisfactory erections. Withania Somnifera has anti-inflammatory, rejuvenating and antioxidant properties that throw a positive effect and improves the functioning of the endocrine system.

Insomnia is a frustrating sleep disorder that is characterized by the persistent difficulty to fall asleep or stay asleep. People may find difficulty with sleep in the various pattern such as trouble getting sleep initially or trouble to stay asleep for long as they would like. Some people may also face waking up at night and unable to get back to sleep. Various studies indicate that insomnia can be a result of an unhealthy nervous system. Withania Somnifera has several properties that have a positive effect on the health and functioning of the nervous system. Alkaloid effect of withania somnifera has effects on the central nervous system.

A rheumatologic condition is one of the many inflammatory diseases that affect the joints, skin, muscles and internal organs of the body. It includes various diseases such as osteoarthritis, Rheumatoid arthritis, Sarcoidosis, inflammatory muscle disease and lupus. Withania Somnifera is very effective and its effectiveness can be seen in many rheumatologic conditions. This effectiveness can be due to the inflammatory properties of withania somnifera. According to the researchers, there is a positive effect of this herb on human cartilage as it protects the cartilage damage and inflammation that is associated with the development of osteoarthritis. Osteoarthritis is a condition in which the joints and bones become weak and are more prone to break even due to small fall. This herb also contains a strong anti-arthritic property that helps the body and decreases the risk of developing any rheumatologic conditions.