Why Bipolar Disorder Is A Serious Mental Disorder? 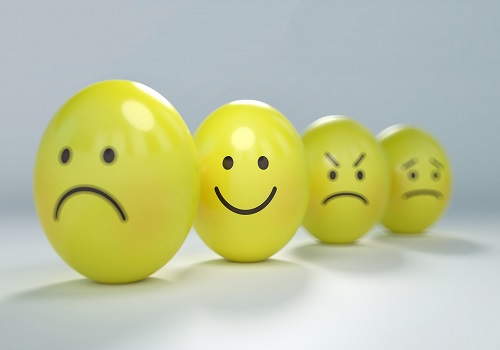 Bipolar disorder is a mental disorder that is characterized by the dramatic shift in an individual’s moods. It is a type of mood disorder which is also known as manic-depressive disorder. People suffering from bipolar disorder experience high and low mood, accompanied by changes in energy level and ability to function.

Bipolar disorder is a chronic disorder and the episodes of this disease can last for hours to months and the mood disturbances can be severe enough to cause an impairment in the functionality of an individual. These episodes can be frightening and can cause serious complication for a person and to their family.

Some symptoms that are common in all types of bipolar disorder are as follows:

1. Manic Episodes - A manic episode is defined as a period of heightened energy, and a feeling of an extremely elevated mood involving an exaggerated sense of self esteem and irritable mood. The symptoms of this type of mood stay for at least a week and with manic people become more active, talkative and experience a reduced need of sleep. During the period of mania, people often behave impulsively and make careless decisions and sometimes they also take unusual risks or spends more money. In severe cases, a person may also experience psychotic symptoms such as hallucinations or delusions.

3. Depressive episode - A depressive episode is defined as a period of depressed mood, loss of interest, low self worth, persistent feeling of sadness and lack of interest in the activities. It is a mood disorder that persists from days to a week or longer. Under this condition, the thinking becomes slow, impaired concentration and decision making becomes a challenge.

4. Mixed episode - A person suffering from a mixed episode, an affected individual experience the symptoms that involve both mania and depression at the same time or alternately occurring very frequently. It is often accompanied by anxiety disorders and sometimes it can lead to suicidal act by an affected person.

Also Read: 7 things that are killing your sensual mood quickly.

1. Bipolar 1 - A person is said to be having a bipolar 1 disorder when he or she experience manic or mixed episode for at least a week. Most people having this type of bipolar disorder also experience episodes of depressive bipolar.

2. Bipolar 2 - A person is said to be having bipolar 2 disorder when a person experiences depressive episodes shifting back and forth with hypomanic episodes. But he or she do not experience full blown manic and mixed episode.

4. Cyclothymia - It is a type of disorder in which a chronic fluctuation of mood occurs involving the episodes of hypomania and depression. Although these mood swings can impair the quality of life, the symptoms are shorter and less severe. Usually, the symptoms begin in early life and they are so constant that they can be mistaken as a part of daily life.

Environmental factors are also known to contribute to the development of bipolar disorder. Stress is said to be the number one environmental factor that triggers the symptoms of this disease. Emotional factor in the life can cause it. Other than stress, seasonal factors can also play a role in the onset of this disorder. Increase in the hours of sunshine can trigger manic or depressive episodes.