Why Do We Call Breakfast As An Important Meal Of The Day? 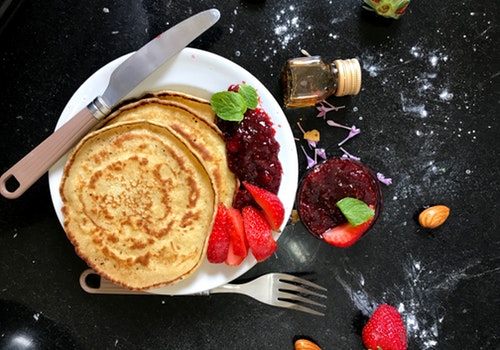 Since childhood we have heard people saying that breakfast is the most important meal of the day. But have you ever wondered why?? Why our elders always pressurize us to eat breakfast everyday?? Well, there is a reason behind it. A reason that is vital to keep us healthy.

Many people, especially children and teenagers have the bad habit of skipping breakfast but it is important to encourage better eating habits in them by making them aware of the benefits of every meal of the day. Let them know that consuming breakfast daily indicates a better chance of maintaining a healthy life.

One of the most simple explanations for having breakfast daily is that it provides fuel to the body and allow it to work the entire day. This is just a small and very simple explanation to why having breakfast an important part to lead a healthy life. Each meal has its own benefits on the body. It is very well known that eating meals on time provide numerous health benefits and at the same time skipping meals can have a significant impact on the health of a person.

Here are some of the health consequences of skipping breakfast

1. It leads to weight gain

One theory to explain how skipping breakfast could lead to weight gain is that eating a healthy breakfast can reduce hunger throughout the day and also allows a person to make a better food choice. It is generally believed that people who skip breakfast are more likely to eat unhealthy foods and tend to eat throughout the day. Therefore, it can be said that skipping breakfast would not reduce the intake of calories, instead it can increase the total intake of calories in other meals.

The term cognitive function indicates human perception, thinking, and learning. Nutrition is considered to be the most important for optimum brain functioning and no doubt that breakfast is the most important meal in order to meet all the important nutritional needs of the body. The high carbohydrate and low glycemic breakfast provides the improved and continuous supply of glucose which is known to be associated with better cognitive performance. It has been reported in many studies that breakfast affects various aspects of memory function and for children, breakfast plays an extremely important role for normal growth and development. It also increases alert in an individual.

3. It increases the risk of developing cardiovascular disease

Skipping breakfast is associated with various metabolic health disorders which is further associated with the occurrence of some health problems which act as a risk factor for developing cardiovascular disease such as high cholesterol level. Obesity which is defined as the accumulation of excess fat in the body is a risk factor for high cholesterol level. Also, excess fat in the body could lead to the build up of fat in the arteries that are responsible for supplying oxygen rich blood to the heart muscle.

4. It increases the risk of developing type 2 diabetes mellitus

Evidence suggests that people who consume breakfast regularly are less likely to develop diabetes type 2. Diabetes is defined as a condition of high glucose level in the blood which results from lack of insulin in the body, inability of the body to use insulin, or both. Habitually skipping breakfast impairs the ability of the body to use the produced insulin effectively, resulting in type 2 diabetes mellitus. Insulin is a hormone which is important to regulate the level of glucose in the blood.