Is Caffeine A Healthy Or An Unhealthy Choice? 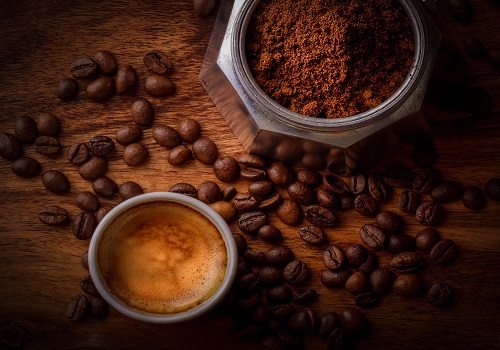 In the last many years the popularity of drinks that contain caffeine, especially coffee has increased and has resulted in the occurrence of questions regarding the benefits of consuming caffeine and its related health consequences.

Caffeine is one of the most widely consumed substances in the world and multiple studies have been conducted to investigate the effects of caffeine on the health of an individual. It is found in common beverages such as coffee, tea, soft drinks and products such as chocolate. The most common source of caffeine is coffee with small contribution from tea and other beverages.

How can caffeine be beneficial?

Multiple studies have stated that when caffeine is consumed in moderate amounts, it can provide many beneficial effects on the health of an individual.

The primary and the most important action of mechanisms of caffeine includes the antagonism of adenosine receptor. Adenosine acts on different receptors and could lead to an increase or decrease in the concentration of cyclic adenosine monophosphate (an important messenger for many biological processes). Caffeine works by inhibiting the effects of adenosine and leads to the release of many important hormones or neurotransmitters in the brain such as dopamine and serotonin. Both dopamine and serotonin are important to enhance the functioning of cognitive system. Serotonin is known as a happy hormone which improves the mood of a person.

Many studies have shown that consumption of caffeine can help in weight management and can significantly help people who want to lose weight (but in moderate amount). The primary mechanism through which caffeine has the ability to aid weight loss is that it boosts the overall metabolic rate in the body and burn more fat in the body.

Parkinson’s disease is the second most common type of neurodegenerative disease and caffeine has the ability to lower the risk of developing this disease. Parkinson’s is a disease which is characterized by the problems associated with movement, with memory and various behavioral changes. It is caused due to the lack of dopamine in the brain, a neurotransmitter which is important to transmit messages to the parts of the brain which is responsible for coordinating the movement of the muscles. Caffeine by inhibiting the effects of adenosine increases the release of dopamine in the brain and prevents the occurrence of Parkinson’s.

Many of us must have heard that coffee increases the alertness level in a person and this is because of the presence of caffeine in coffee. Caffeine has a direct impact on the central nervous system and as a result, it improves the concentration level in an individual and makes him or her more alert. This is the primary reason why people during work prefer consuming coffee. It helps them concentrate on their work in a better way.

Are there any side effects of consuming caffeine?

Excessive intake of caffeine can also cause sleep disorders as caffeine has the ability to make it possible for a person to stay awake for a longer duration. Daily intake of high intake of caffeine can cause sleep deprivation or sleep debt. And whatever the reason be, sleep deprivation is associated with an impaired overall well being as every part of the body gets affected by it. It will also lead to an increase in stress in the daily life.

Evidence suggests that when an individual starts to consume caffeine in an excessive amount may become anxious. In fact, many patients having anxiety disorder reported that intake of caffeine can exacerbate their problems by triggering the symptoms. Also, it was observed that when caffeine becomes addictive or leads to some kind of dependence, then caffeine withdrawal or caffeine deprivation can have an impact on the health. Headache is the most common and frequent outcome which can later become a cause of stress.

According to many studies, high intake of caffeine increases the risk of developing bone disorders such as osteoporosis. It is a disorder which is characterized by fragile and weak bones due to low bone mineralization. The bones of a person having this disorder becomes too weak that the risk of fracture increases following a small fall. Bone mineralization is regulated by the concentration of calcium and caffeine increases the excretion of calcium from a single intake and decreases its absorption efficiency among the people of all ages.

Caffeine is rapidly absorbed from the gastrointestinal tract into the bloodstream and with 1 - 1.5 hours, it is distributed throughout the body. It can be found  everywhere in the body, including the semen. The liver is the primary area in the body where the caffeine is metabolized. Therefore, it can be concluded that the amounts of caffeine consumed on a daily basis decides the effects of it. Higher consumption indicated long term health effects, whereas moderate consumption indicated health benefits.