Understanding Cancer And Its Natural Treatment 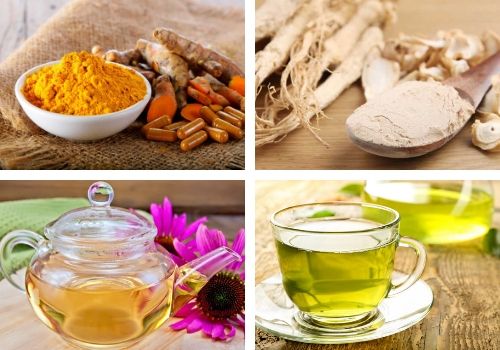 Cancer is one of the leading cause of deaths in people across the world. In medical terms, cancer is known to be malignant neoplasm which includes problems involving unregulated cell growth. Cancer is a  chronic and life-threatening disease which occurs when the normal cells in the body damages and begins to grow uncontrollably.

The human body consists of millions of cells and in order to healthy, they keep on renewing themselves. When the cells become old and damaged they are replaced by the new ones. But many times when cells are damaged they are not replaced by the new cells and grows uncontrollably. Later these uncontrolled cells lead to the development of a lump which is known as a tumor. Tumor is of two types:

There are many different types of cancer, depending on the beginning of the occurrence of cancerous cells. Some of the most common types of cancer affecting a large number of people across the world include lung cancer, stomach cancer, colorectal cancer, liver cancer, and breast cancer.

Curcumin is a globally used herb which is found in a high extent in turmeric. Turmeric is one of the spices that is used in almost every household, not only as a spice but also as a medicinal herb. Many people are aware that turmeric is an effective spice that helps to relieve pain but it is not known to all that turmeric has many other medicinal effects on the health, including cancer.

Also Read: Know The Best And Worst Drinks For Your Health

Evidence suggests that curcumin, the active medical ingredient in turmeric contains many compounds that are known to have an anti-cancer effect. Curcumin has been found to decrease the progression and metastasis of different types of tumors. The polyphenol compounds in curcumin have an effect on certain cytokines, kinases, enzymes, transcription factors, and growth factors, all of which play an important role in the body and also in the development of cancer.

Apart from the anticarcinogenic effect, curcumin also has many other effects on the body such as anti-inflammatory, anti-bacterial, anti-microbial, and anti-hypoglycemic effect. Curcumin is a highly effective drug used in the treatment and prevention of various health problems.

Ginseng is one of the widely available for all herb supplements and it is commonly known as “man root”. Ginseng is considered to have promising health-promoting effects primarily due to its healing and restorative properties. Ginseng is a valuable medicinal herb which is used in various medicines that are meant for the treatment of various different health problems such as cancer and cardiovascular disease.

Yes!! Ginseng is widely used for the prevention and treatment of one of the most life-threatening diseases, cancer.  There are various mechanisms through which ginseng works in treating and preventing cancer and one of the mechanism includes that ginseng inhibits the abnormal growth of the cells in the parts of the body and prevents the occurrence of the tumor.

Echinacea is considered to be a miracle herb for cancer patients as this herb can play a significant role in the treatment of cancer. This is because many of its ingredients are extremely powerful that benefits the human body to a great extent and reduces the risk of developing cancer or the complications associated with it. There is considerable evidence that suggests that the phytochemicals present in echinacea have the capacity to reduce the development of a tumor and many infections.

Echinacea acts as a natural killer or a first line defence and inhibits the growth of unwanted cells. It inhibits the development of tumor in different parts of the body. This herb kills the unwanted, damaged, and old cells in the body and prevents the occurrence of cancerous cells within the body.  It contains many compounds that have a beneficial impact on humans and some of them include essential oils, pentadecadienes and hexadecadienoic, polyacetylene, tannins, inulin, heteroxylan, flavonoids and vitamin C.

Research suggests that the consumption of green tea is associated with the prevention of various types of cancer including lung, colon, mouth, kidney, small intestine, and pancreas. The benefits of green tea on cancer prevention and treatment has been attributed to the polyphenols in green tea, catechins. Studies suggest that food derivatives that have catechins intake are inversely associated with cancer incidence.

Green tea is known to inhibit the tumor incidence and its multiplicity in different organs such as lungs, liver, stomach, mammary gland and colon. There are different types of catechin present in green tea and all have positive impacts on cancer, but EGCG is the most powerful of all catechins. EGCG is an antioxidant that inhibits the growth of cancer cells and prevents the development of the tumor.

Tags:  How is cancer deadly?,  How stem cell transplant cure cancer?,  Do you know everything about breast cancer,  Knowing Some Types Of Cancer
← Previous Next →
Related Posts
Categories
Recent Posts