Cancer: How It Begins, Diagnosis, And Treatment 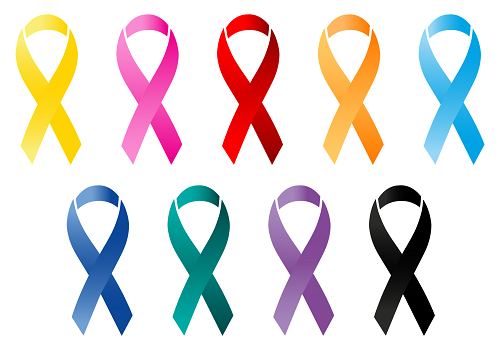 Cancer is a disease which involves abnormal cell growth with a potential to spread to other parts of the body. It is a result of cellular changes causing uncontrolled growth and division of cells. It also prevents the cells from dying at the natural point in their life cycle. The most common cancer types include breast cancer, lung cancer, prostate cancer.

The risk of cancer increases significantly with age, especially in the developed countries due to the lifestyle changes that take place. There’s also a higher chance of people getting anxious or depressed post-diagnosis, which ultimately explains why the rate of suicide in people with cancer has gone nearly double.

How is cancer caused?

Cancer is caused because of gene mutation. Errors in the instructions, which are stored in the form of genes inside the cell, may cause the cell to become cancerous as the genes are responsible for informing the cells about the functions to perform.

A gene mutation can cause the cell to grow and divide rapidly, even the cancerous ones as they are unable to respond to the instructions stored in them. This is due to the mutation that takes place, because of which, the cells continue to grow and accumulate inside.

Why does gene mutation happen?

Gene mutation generally happens due to:

Some common symptoms of cancer:

Knowing the right cancer symptoms may help in getting an early diagnosis and treatment. Some people may not notice the symptoms at all, or confuse them with symptoms of any other condition, the person is more likely to become a higher cancer stage patient.

Some of these symptoms are:-

There’s no single method of diagnosing cancer. It may take months or even years for the cells to multiply to the point where they become detectable cancer. It may also be discovered accidentally during a routine test or through the symptoms of any other health condition.
Diagnosing cancer at an early stage, or as soon as any of the symptoms start to emerge, improves the chance at having a cure. Diagnosis can be done using one or more of the approaches below:

Also Read: Diseases Of Future- What Coming Years Have In Store For Us

1. Physical Exam: During a physical exam, the doctor may look for signs of abnormalities in the color of skin or enlargement of an organ. A lump on the body may also indicate the presence of a tumor.

2. Lab Tests: Tests can be conducted to conclude on the abnormalities if any. Urine and blood tests can help in identifying cancer. Such as, in the case of leukemia, a blood test revealing an unusual number or type of white blood cells may point towards cancer.

3. Imaging Tests: It may include computerized tomography (CT), bone scan, MRI, PET scan, ultrasound, and x-ray, which allows the doctor to examine the bones and internal organs of the body.

4. Biopsy: A biopsy is a procedure in which the doctor removes a sample of tissue which is observed carefully under a microscope to look for any signs of cancer. This method is used in most cases where cancer seems like a possibility. Under the observation, normal cells look uniform in size and order while the cancer cells look less in order and with varying sizes.

How is cancer treated?

There are many methods used by doctors for the cancer treatment. Some people go through only one treatment, while some have to take a combination of treatments, such as surgery with chemotherapy or immunotherapy. Here are a few methods that are used for the treatment of cancer: