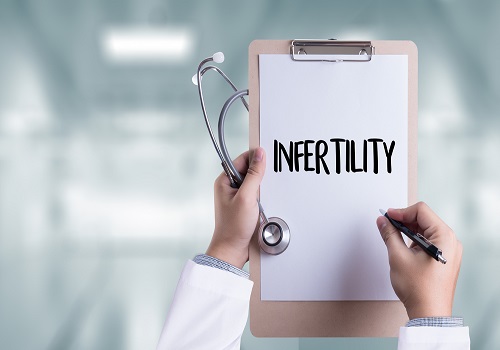 Infertility is a condition which not only affects physically but also psychologically as many times it results in trauma and stress. Infertility is defined as the inability of a person to conceive after a year of unprotected intercourse or trying to get pregnant. Infertility is of two types:

Causes of infertility in females

There are many disorders that could cause infertility and some of them include:

Multiple studies have shown that endocrine disorders can cause infertility in females and there are various mechanisms to explain this correlation. One of the explanations is that the dysfunction of the hypothalamus and pituitary gland could lead to the production of excess amount of prolactin. Hyperprolactinemia is one of the most commonly diagnosed endocrine disorders in young women.

High prolactin levels are associated with ovulation dysfunction which could directly or indirectly cause infertility. Abnormally high level of prolactin can make it difficult for a woman to get pregnant and there are various ways through which it causes infertility.

High prolactin levels has a direct impact on the woman's menstrual cycle and they may experience infrequent or irregular periods. It may result in intermittent ovulation or ovulation that takes a long time to occur.

Also, some women may ovulate normally with high prolactin levels but does not produce enough progesterone after ovulation and this deficiency may cause uterine lining less able to have embryo implant, thus leading to infertility.

According to research one in every ten women of childbearing age is suffering from polycystic ovary syndrome. It is an ovarian disorder which is defined as a combination of hyperandrogenism and anovulation. An anovulation is the primary reason why it is the common cause of infertility.

Polycystic ovary syndrome is a disease which is characterized by the elevated level of androgens (male hormones) in the body which prevents the ovaries from releasing egg during the menstrual cycle. Although females also produce androgens but in small amounts, and when the level of androgen increases than the normal level, the problems in various systems in the body occurs, including reproductive system. Problems with menstrual cycle is the most common symptom in women having PCOS.

Causes of infertility in males

Lack of testosterone in the body is one of the most common cause of infertility in men as testosterone is the primary male sex hormone which plays important roles in almost every functioning. Testosterone plays a vital role to keep the normal functioning of reproductive system in males.

Numerous studies have stated that fertility in male is highly dependent on the development of Leydig cells, and this is because the primary function of Leydig cells is the production of testosterone. Deficiency of testosterone leads to dysfunctioning of various parts or systems that are important for satisfactory sexual intercourse.

Certain disorders such as diabetes mellitus (high glucose level in the blood) and hyperthyroidism (production of excess thyroid hormones) could lead to the formation of faulty sperm that are incapable to fertilize the ovum.

Many people believe that they have no control over their fertility and if they face any problem associated with it, they have no other choice but to accept it. But multiple studies have stated that there are various measures to treat this problem. In fact, there are many herbs that are known to enhance fertility and some of them include:

From the past thousands of years, garlic is known for its medicinal uses and people believes that it is a remedy for many medical health conditions. It is a natural antibiotic which contains many active medical compounds which helps in preventing and treating health problems.

Infertility is one of the health conditions that can be improved with the consumption of garlic. Garlic helps to treat infertility in both men and women and it does this by relaxing the blood vessels and improving the circulation of blood in the whole body. As a result, the functioning of the reproductive system is enhanced.

Maca has been known to improve sexual functioning in both men and women. In men, maca is known to improve sperm count, mobility, and overall sexual functioning. It contains many compounds that are known to play a role in male fertility and sexuality. In females maca work towards treating infertility due to its ability to treat hormonal problems in the body. Hormonal disorders are strongly associated with infertility and PCOS is the most common example. Consumption of maca helps to maintain a balance between the hormones that are important for achieving pregnancy.

For men, walnuts are often considered to be a natural Viagra. Viagra is a drug which is used to treat sexual dysfunction in men. Walnuts are highly nutritious as they are rich in proteins, potassium and other minerals like zinc and iron which are important for the male fertility. Walnuts also works in treating the deficiency of any nutrient that is important for the normal functioning of reproductive system.

In females, walnuts helps to produce sufficient amount of progesterone in the body. Progesterone is a hormone which allows the uterine lining to have embryo implant. Walnuts are also beneficial in improving the supply of blood to the reproductive parts, which results in enhanced fertility.

Turmeric is one of the items that is used in almost every household and is considered to be an important item to prepare a tasty food. Numerous studies have stated that turmeric is also used in enhancing fertility in both men and women. It contains many compounds that helps to maintain testosterone level in males by allowing its adequate production. In females, turmeric is reported to keep reproductive system in shape and also treats any problem that is associated with ovulation. 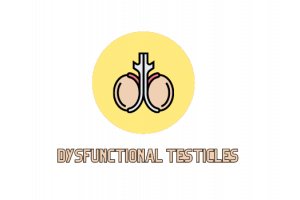