Circumcision - Is It The Right Decision To Make? 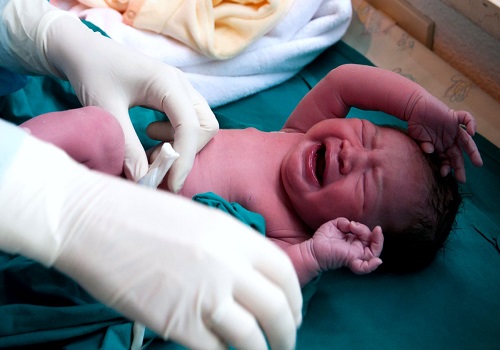 Circumcision meaning
Circumcision is the surgical process of removing the foreskin that covers the tip of the penis. Newborn Circumcision is quite a common procedure nowadays with 55 to 80 percent of male infants being circumcised in the United States.

It is considered a religious belief or a family tradition for many Jewish and Islamic families for personal hygiene or healthcare measures. While for others, circumcision is unnecessary and falls under a rather darker light. The process is more widespread in the United States, Canada, Africa, and the Middle East.

There are many theories to how Circumcision was started in the first place. One theory mentions that it was meant to “purify” the individuals by reducing the sexual pleasures of life. Human sexuality was considered impure at the time which led into removing the pleasure-producing parts of the body as a means to “purify” someone.

Some religions adopted this practice as a religious ritual and is still practiced in modern times. Although many laws were passed to prohibit circumcision, a new procedure was created later, known as peri’ah, in which more foreskin was removed than before so the glans were not easily recovered. This modification was later adopted by the medical profession and is still in use today.

How is it done?

The process is safe and quick. It is often done within 10 days after the birth of the child. The doctor may provide a painkiller to reduce the pain and then a special clamp is used to cut the foreskin. The anesthetic is either injected or applied as a cream before beginning the surgery.

Circumcision can be done for older boys/adults as well and the process is almost similar. However, in the case of adults, the recovery might take awhile and the risk increases with the age.

The foreskin contains a different type of cells called Lagerhans cell, which are more likely to attract the HIV cells. Based on this, circumcision is considered a way to reduce the chances and spread of HIV.

Circumcised males are also less likely to get penile cancer or urinary tract infection as they get older. Other Circumcision benefits include prevention of phimosis, paraphimosis, and balanoposthitis. Hygiene is much simpler in circumcised boys and can avoid a lot of problems that may arrive with age.

The most common risks associated with this process are bleeding and infection. In case the skin is not removed properly, it might require a minor surgical repair. Although such conditions can be avoided by considering a skilled doctor. In very rare cases, if the matter worsens, it can be quite painful and may even result in death.

The doctors will apply an ointment after the surgery and wrap the baby’s penis in gauze. There can be a little bleeding at first but it usually stops on its own. Most doctors recommend cleaning the area with warm water for a few days. It takes nearly 7-10 days for the wound to heal completely from the procedure. If the bleeding continues, the best thing to do is to consult a doctor immediately.

Is it really the right thing to do?

There has been a long-running debate regarding Circumcision for reasons other than the medical benefits of the surgery. A newborn baby cannot convey his opinions on the subject matter and hence it simply comes down to the parents or guardians to make the decision. But this makes it questionable for the parents as the child cannot make a different decision for himself later in his life.

Many times parents decide to circumcise the child based on their social traditions. This may not be a suitable decision to make in all situations as the child might have other medical needs and circumcision may not be medically fit for the child. Even in such a case, some physicians might carry on with the process due to the decision of the parents.

In 2012, the International NGO Council on Violence Against Children identified non-therapeutic circumcision as a harmful practice that violates the rights of children. There are still more than one opinion on this topic as the Royal Dutch Medical Association arises the question about the ethics regarding male genital alterations and that they should not be viewed any differently from female genital alterations.