Common Cold And Its Home Remedies 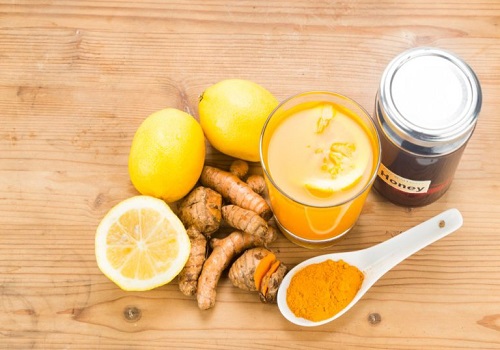 The common cold is an upper respiratory infection and also one of the most common infections caused by a virus. Most often, it is caused by rhinovirus, which primarily concentrates in nasal secretion and is easily transmitted through coughing and sneezing. Some of the common symptoms of a common cold include:

The symptoms of cold can vary from person to person and it largely depends on the severity of disease. Usually cold begins as a mild problem and later when left untreated, it becomes serious at it generally lasts for five days. Viruses can invade the cells in the throat and force them to make new viruses. This is one of the reasons why the symptoms of common cold changes in days.

Common cold viruses can be transmitted through three mechanisms:

1. Direct contact - It means when the virus spreads from person to person via hands. When an infected person touches the hands of a healthy person who then touches his eyes, nose, or mouth, a virus can be transmitted.

2. Indirect contact - Sometimes viruses survive on the surface for several hours. When healthy person touches that surface and then touches his eyes, nose, or mouth virus can be transmitted.

3. Inhaling viral particles - When an infected person cough or sneezes in public, then the person standing close might get caught by virus if an infected droplet reaches eyes, mouth or nose.

Foods to treat the common cold

Ginger is a famous herb which belongs to Zingiber officinale has been widely used as a spice to enhance the flavor of the food, but at the same time, it is also used for various medical purposes. Studies have shown that ginger contains various compounds and properties that are effective in treating multiple health problems, including the common cold.

Ginger contains many properties that help in treating the common cold and its associated symptoms. One of the properties includes anti-inflammatory property which helps to treat a cough, one of the most common symptoms of common cold.

Ginger is considered to be one of the most common natural cures for common cold and cough. Crushed ginger in boiled water is an effective solution for a cough and drinking it twice or thrice a day helps to treat cold and cough.

Honey is believed to be a time-honored remedy for cold and other throat related disorders. The analgesic properties of honey help to clear the mucus and soothes the throat. Also, honey contains many vitamins that boost immune system and helps in fighting off bacteria and viruses.

Honey can alleviate the effects of the virus more effectively than any other medicine. Drinking warm water with honey mixed is beneficial in treating cold. Honey can also be used by adding it to hot milk.

Green tea is one of the widely consumed drink which contains many health benefits. It is one of those drinks which are found to play a role in preventing and treating multiple diseases that can impair the quality of life of an individual, including the common cold. A large number of studies suggest that consuming green tea can greatly help in treating the symptoms associated with common cold such as a cough and sneezing.

Several studies have reported that green tea is high in polyphenols and polyphenols are known to enhance immune function. Also, antiviral activity with green tea consumption has been noticed in various studies. Green tea contains catechins. Primarily, there are four main types of catechins that are found in green tea - epicatechin (EC), epicatechin-3-gallate (ECG), epigallocatechin (EGC), and epigallocatechin-3-gallate (EGCG). These catechins are highly effective in treating the common cold and other viral infections.

Garlic which belongs to Liliaceae family is widely known for its medical and culinary purposes. It is believed that the medicinal effects of garlic come from sulfur-containing compounds, high trace mineral content, and enzymes. S-allyl cysteine sulfoxides and the γ-glutamyl-S-allyl cysteine are the two types of sulfur compounds found in garlic. Garlic is known to kill viruses and bacterias and prevent the development of infections in the body.

Garlic also contains many properties such as antiviral, antimicrobial and antifungal properties, which helps in preventing the attack from viruses.

If you have a common cold, some of the tips you should follow to avoid spreading infection to others are as follows: