Some Most Common Causes Of Vertigo 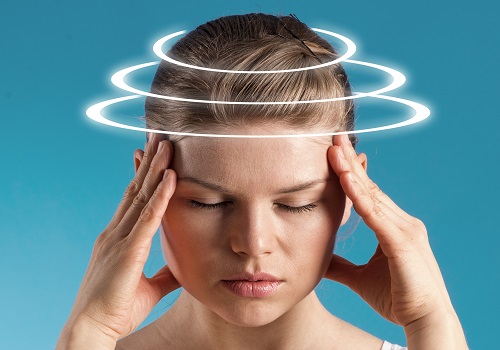 Vertigo is characterized as a dizziness. It is defined as an illusion of motion, most often rotational motion. Dizziness is one of the most common complaints made by people these days. In simple terms, vertigo is defined as a sensation of feeling in which an individual feels like he or she is moving or the room is moving around them. Most often vertigo is accompanied by several symptoms such as:

Vertigo can have various causes and most cases of vertigo involve the inner ear. Some of the common causes of vertigo are as follows:

Benign paroxysmal positional vertigo is the most common cause of vertigo and it is defined as a problem of an inner ear. It is characterized by a short burst of intense dizziness whenever the body or the head is placed in certain position. Most commonly it occurs when lying down and usually it lasts for few seconds to a minute and makes an individual feels off balance and nauseous. Benign paroxysmal positional vertigo is accompanied by symptoms like vertigo, imbalance, nausea, and lightheadedness.

Benign paroxysmal positional vertigo occurs when the tiny crystals in the ear known as otoconia are dislodged from their correct position. Otoconia are the crystals of calcium carbonate and are located in the part of ear known as utricle. When these crystals are displaced into the semicircular canal of the inner ear, vertigo occurs. There can be various reasons that can lead to the displacement of the otoconia such as an injury in the utricle, infection in the inner ear or due to an advancing age. Advancing age is one of the most common causes of benign paroxysmal positional vertigo and in people who are under the age of 50 head injury is the common cause.

Most often, vestibular neuritis is caused by the virus that damages the vestibular nerve. A vestibular nerve is a nerve which sends a message about movement and balance between the inner ear and the brain. Some possible causes that may result in the damage of vestibular nerve include decreased blood flow to the inner ear, exposure to toxic agents or any allergic substance. The severity of this disease varies for every patient as it depends upon the amount of nerve damage, the time an individual is living with symptoms and the age of an individual.

Meniere’s disease is not a very common cause of vertigo but it is characterized by the recurrent attacks of vertigo. It is the disorder of the inner ear that causes symptoms like vertigo, ringing in the ear and the feeling of fullness in the ear. The buildup of fluid in the compartments of inner ear leads to the development of meniere’s disease. Prolonged vertigo is considered to be the hallmark of meniere’s disease which appears as a sudden attack which lasts for at least 20 minutes and is accompanied by nausea, vomiting, diarrhea, and sweating.

The term ischemia refers to the serious condition which means an adequate flow of blood and oxygen to the specific parts of the body. It occurs due to the narrowing or blockage of the artery and it can occur anywhere blood flows such as intestine, brain, limb, and heart. The ischemic vascular disease is a condition which occurs when a plaque or a waxy substance builds up inside the blood vessels and restricts the normal flow of blood.

Vascular ischemia is characterized by the onset of vertigo along with the presence of neurologic symptoms. All types of ischemic vascular disease are caused by atherosclerosis. Atherosclerosis is a condition in which the plaque builds up in the arteries. Atherosclerosis can occur due to certain factors that damage the inner layer of the arteries and some of the factors include smoking, high blood pressure, high amount of fat and cholesterol in the blood and high blood sugar level.

Multiple studies have suggested that a large number of patients having migraine complaints of the attacks of vertigo. A migraine is a neurological condition that has a headache as its characteristic feature. But it is more than just a headache and is accompanied by other symptoms as well such as nausea, vomiting, sensitivity to light, lightheadedness, dizziness and ear pain.

Studies have suggested that a migraine is caused by swelling of the blood vessels in the scalp and tissues around the brain and this causes more blood to pump through the brain. This changes in the brain and chemicals can play an important role in the development of a migraine. It is believed that there are certain triggers of a migraine such as alcohol, chemicals, hormonal changes, and emotions.