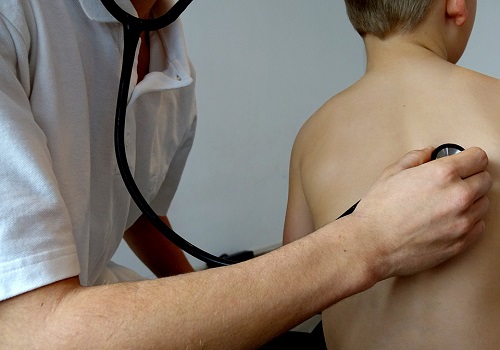 A respiratory syncytial virus spreads easily from person to person and it can spread through nose, mouth or eyes. This respiratory virus carried on droplets. Whenever any infected individual coughs or sneezes,  virus containing droplet gets in the air and through breathing these viruses can land on the healthy person’s mouth, nose or eyes.

Gastroenteritis, also known as gastro is an infection of the bowel that causes diarrhea, vomiting or both. Most often, it starts with vomiting and is then followed by diarrhea. It is characterized by frequent, loose and watery stools, may be accompanied by fever, thirst, hunger, and pain.

In gastroenteritis, dehydration is the most common result. In children, the useful clinical signs for identifying dehydration include unwell appearance, prolonged capillary refill time, low urine output, an absence of tears, and abnormal respiratory pattern such as rapid or deep breathing.

Gastroenteritis is very contagious and can spread easily from one person to another. Whenever an infected person vomits or passes stools, small droplets containing the virus can contaminate the surfaces such as taps, toys, nappies, toilet and flush handles.

Strep throat is another disease that is quite common in children. Strep throat is defined as an infection and inflammation of the pharynx and it is caused by the strep bacteria. It is a contagious disease that can easily be spread by fluid droplets from the nose or throat of someone who is infected by this bacteria. It spreads through direct contact with mucus. In rare cases, people get strep throat by eating contaminated food.

Strep throat can occur at any age but school going children are more likely to suffer from this bacterial infections. Generally, the symptoms of strep throat occur after two to seven days of an exposure to the virus and some of the symptoms include:

Also Read: How to encourage healthy dental habits in children?

Fifth disease is an infection that is caused by a virus known as parvovirus B19. It is an infection of airways and lungs. It most commonly occurs in children and it is characterized by the rash that can occur in any part of the body such as arm, trunk, buttocks, and thighs. A red rash appears about two to three weeks after an exposure to the virus and this rash is often accompanied by

Like other viral diseases, a person who is suffering from a fifth disease can spread this disease to others through coughing and sneezing.

Croup, also known as laryngotracheobronchitis is a common problem that commonly occurs during the first six years of childhood.  It is a childhood respiratory disease caused by a variety of viruses and is accompanied by symptoms like hoarse voice, noisy breathing, barking cough, and hard breathing.

Measles, also known as rubeola is another common disease that affects children. It is a viral disease that can have serious complications. It is highly contagious and can easily be spread from one person to another even by being in a room when an infected person coughed or sneezed.

Measles is accompanied by symptoms like fever, cough, runny nose, watery eyes and three to five days after these symptoms begin, an infected person experience rash which is characterized by small red spots or bumps. Measles is associated with other health problems as well such as ear infection and swelling of the brain.

Tags: Is Diabetes common in children?, 5 vaccines your child need right now, How Social Media is devastating childhood, 8 tricks to encourage your kid to eat healthy.