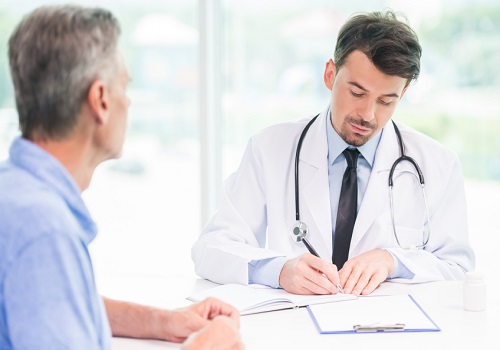 The prevalence of erectile dysfunction is increasing rapidly and this condition not only affects the physical well being but it also affects the psychosocial well being. Erectile dysfunction significantly affects the quality of life and it is defined as a man’s inability to have a satisfactory penile erection. Both the peripheral and the psychological nervous system play a role in the process that causes a penile erection. An increased blood flow into the penis is required to achieve a satisfactory penile erection and there are many factors that affect the blood flow into the penis and leads to the development of erectile dysfunction. Some of the factors that are very common include smoking, drinking, diabetes, stress, depression, and anxiety. It is essential to note that erectile dysfunction can be a sign of some serious underlying condition such as heart disease, diabetes, and high blood pressure.

Benign prostatic hyperplasia is a medical term which is used to describe the condition of an enlarged prostate. A prostate is a gland that lies underneath the bladder and surrounds the tube through which men passes urine. An enlarged prostate is very common in men after the age of 50 and it leads to the narrowing of the urethra which further slows down or stops the flow of urine. There are many factors that cause an enlarged prostate, advancing age and hormonal changes are the most common cause of the development of benign prostatic hyperplasia. This prostate disorder can develop in men of any age but it is more common in older people. As men get older the risk of developing benign prostatic hyperplasia increases but many men who get prostate disorder at the age of 50 might not experience all the symptoms of this disorder. Also, the balance of the hormones changes with an advancing age and these changes trigger the symptoms of benign prostatic hyperplasia. Some of the common symptoms of this disorder include frequent urination, weak urine flow, dribbling urine and blood in the urine.

Peyronie’s disease is a condition of hardening of tissues in the penis and in this condition men feel the lump at the point where the penis curves. A plaque or lump forms on the lining of the erectile tissue that holds much of the blood in the penis during erections. Peyronie’s disease is generally believed to be the result of injury or repeated injuries to the penis and these injuries don’t always cause pain when they occur. Also, healing can take place spontaneously with the formation of scar tissues and these scar tissues lead to the shortening of an erection, curvature, and other deformities. Peyronie's disease begins with swelling or inflammation which hardens into the lump and the lump can be formed on the upper or lower side of the penis. These lumps are non-cancerous but it creates difficulty with erections and normal sexual activity and throws negative impact on both emotional and physical well being.

Tags: How to rock your sex life after 50?, 9 habits that destroy men's sexual health, How ‘Whiskey Penis’ is a sex demolisher?, Why is Male infertility still not talked about?