Complications That Can Be Caused By Hypogonadism 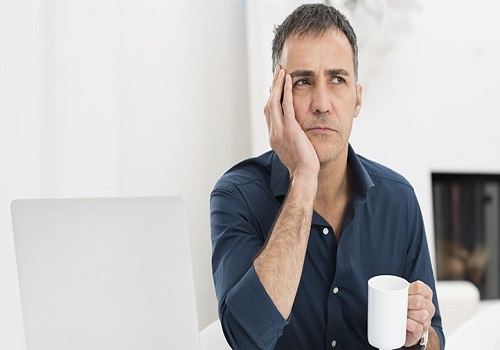 Hypogonadism is a clinical syndrome which is characterized by testosterone deficiency. According to the studies, a large proportion of men aging between 40 and 79 suffer from low testosterone. Although the level of testosterone can be affected by various reasons, the primary causes of hypogonadism are as follows:

Testosterone is made in the testes and it is an important male sex hormone that is required for various bodily functions other than for normal reproductive and sexual function. Testosterone plays a vital role in the occurrence of changes that occur during the puberty stage such as the development of penis and facial and body hair. Testosterone is also important for the overall health such as its role in the growth and health of bones and muscles and its role in controlling the mood and many more. Testosterone deficiency is associated with many health problems. Hypogonadism is of two types:

Primary hypogonadism - It is a term that is used when the testosterone deficiency results from a problem within testes. Usually, it occurs due to a genetic factor and the most common genetic cause is Klinefelter's syndrome.

Secondary hypogonadism - It is a term that is used when the testosterone deficiency results from the complex hormonal system that is responsible for producing male sex hormone.

Osteopenia is a common term that is used by doctors to indicate low bone density in an individual. The bones of the people having osteopenia are weaker than the normal and sometimes osteopenia is considered to be a warning sign as untreated osteopenia leads to the occurrence of osteoporosis. It is not necessary that patients having osteopenia will also develop osteoporosis but it increases the risk of developing it. Generally, osteopenia is painless and it is often left undiagnosed until an individual experience fracture even after a short fall. Osteopenia results from low bone mineralization and low body mass density. It is essential to maintain the health of the bones. Although symptoms do not occur in osteopenia, some of the symptoms that can occur include bone pain, muscle spasm, muscle weakness, and difficulty walking.

Almost all of us are aware that diabetes mellitus is a chronic condition and the prevalence of this disease is increasing rapidly throughout the world. It is associated with a wide range of complications and has become one of the leading cause of deaths. Diabetes mellitus is defined as a condition in which the blood sugar level of an individual becomes too high than normal. Although the altered sugar level of the body can be due to two mechanisms, either due to a failure of pancreas to produce enough insulin or due to the inability of the body to use produced insulin effectively, it is strongly believed that there is a correlation between low testosterone level and an increased risk of diabetes mellitus.

Depression is a psychological disorder that is defined as a feeling that is more than being sad. Feeling low and sad is a normal part of life and we all feel sad at some point in life, but depression is a condition which triggers symptoms which are distressing and affect the normal daily activities. There are some pieces of evidence that suggest that low testosterone level in the body can worsen the symptoms of depression. Testosterone has a strong impact on the mood if an individual and when the level of testosterone is altered, it causes low mood.