Are You Aware Of The Complications Of Parkinson's Disease 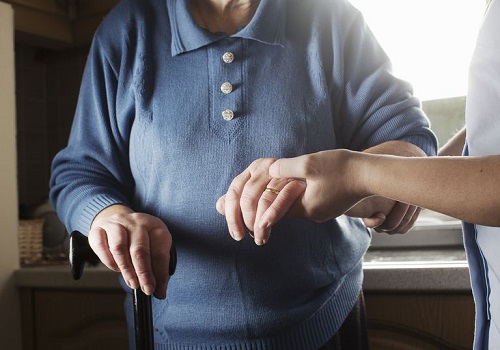 Parkinson’s disease is a chronic neurological disorder when there is a loss of the cells of the brain that make and store dopamine. Dopamine is the vital chemical in the brain which sends messages that control movement. It is a progressive disorder that is characterized by a large number of motor and non-motor feature that throws an adverse effect on the functioning of the brain. The primary symptoms of Parkinson’s disease are movement related and it includes tremors, slowness of movement and rigidity. It is a serious disorder that affects the quality of life of a person. People having parkinson’s disease also experiences problems with posture, balance, coordination and walking. Some of the non-motor symptoms that occur in patients with this disease include sleeping disorders, constipation, fatigue, depression, and anxiety.

Parkinson’s disease is a serious disorder and it is associated with various complications. It is often accompanied by other health problems and some of such problems include:

Melanoma is a type of cancer that begins in the cells of the skin that give it a color. Melanomas are malignant tumors that derive from the melanocytes and is responsible for a large proportion of immorality. Skin is primarily involved but occasionally primary melanoma also develops on other organs of the body such as eye, nasal mucosa, other gastrointestinal mucosa and the central nervous system. Unusual moles, sores, lumps, blemishes and changes in the way skin looks are some of the characteristics of melanoma. Any new spot on the skin or any spot that is changing in size, shape or color are the most important warning signs of melanoma. This type of cancer is more dangerous and harmful as compared to other common skin cancers as if it is left undetected, it is more likely to spread. It can be spread through the dermis to nearby tissues and other parts of the body. Melanoma is of four types:

Pseudobulbar, also known as emotional lability is a medical condition that causes sudden and unpredictable episodes of crying and laughing. It is defined as a disorder of regulation of emotions due to neurological disturbance. Pseudobulbar occurs when there is any damage to an area of the brain and it can be triggered by a stroke. It is characterized by the involuntary and uncontrollable outburst of crying or laughter or both, accompanied by anger, frustration, and depression. Due to this neurological conditions, patients experience difficulties of daily living and is associated with various complications as well. Sometimes, pseudobulbar affect is mistaken as depression but it is a completely separate disease.

Although the development of rapid eye movement is said to be idiopathic, most often it is associated with other health problems and Parkinson’s disease is one of such health problems.  According to the researchers, most of the patients having rapid eye sleep disorder also suffer from the Parkinson’s disease. Rapid eye movement disorder is a sleep disorder that is characterized by the unusual movement while sleeping. It is defined as a loss of skeletal muscle atonia while sleeping. Rapid eye movement disorder leads to the vivid and striking dream, which is accompanied by talking and shouting. This sleep disorder is a serious health problem, which significantly affects the quality of life of a person having this problem as well as of its family members.  Patients with this disorder also act out complex motor behavior such as punching, kicking and getting out of the bed. Seeking medical help is immensely important to treat this condition as this condition can lead to the occurrence of violent acts from the side of the patient. A patient can also attack its any family members in the dream.