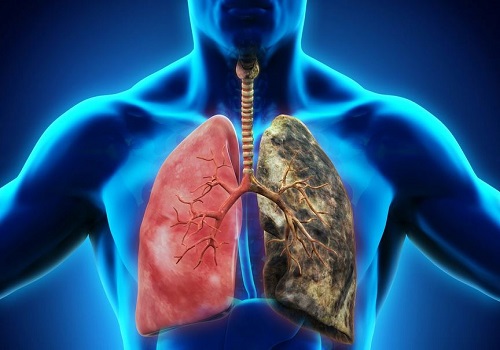 Chronic obstructive pulmonary disease is a serious respiratory disease which is characterized by the complete or partial obstruction of airways. It occurs due to abnormalities in the airways and alveolar. It is a serious type of lung disorder which develops slowly and worsens over time and makes it difficult for a person to breathe. It is associated with the occurrence of various symptoms such as:

Bronchitis is a respiratory disorder which is characterized by the swelling of bronchi (lining of the large airways) in the lungs. The inflammation of the bronchi causes the excess production of mucus that blocks the airflow through the lungs. Bronchitis is of two types - acute and chronic.

Also Read:  4 Foods That Are Known To Improve Mental Health

Bronchitis is accompanied by the occurrence of a wide range of symptoms that can vary from one person to another and some of them include frequent cough, noisy breathing, body aches, fever, runny nose, and fatigue. There are many causes of bronchitis and some of the common causes include smoking, bacterial infection, air pollution, and allergies.

Emphysema is a chronic disease which is defined as the destruction of alveoli in the lungs that causes an impairment in the ability to bring oxygen into the body and to eliminate carbon dioxide. This causes the carbon dioxide to get trapped in the bullae and when the body demands for fresh air, it pushes the walls of the lungs with each new breath. This causes the lungs to expand and loses its elasticity, resulting in damaged tissues.

Shortness of breath is the most common symptom of emphysema and this is because trapped carbon dioxide in the lungs leaves less space for fresh air. Apart from shortness of breath, it is also associated with other symptoms such as secretion of a lot of mucus, wheezing, reduced appetite, and fatigue.

What are the stages of chronic obstructive pulmonary disease?

Chronic obstructive pulmonary disease is a serious and progressive disorder which can be classified into four stages.

Stage 1 - This is a mild stage of COPD in which the patient is suffering from lung damage but does not experience any symptoms.

Stage 2 - This is a moderate stage of COPD in which persistent cough and mucus secretion occurs. Also, shortness of breath may occur when a patient is active.

Stage 3 - It is a severe stage of COPD in which the shortness of breath becomes very common and other symptoms also start to affect every day work.

Stage 4 - It is an extreme severe stage in which the lung infection becomes life threatening and its symptoms limits the daily activities.

Cigarette smoking is considered to be the most common cause of the development of chronic obstructive pulmonary disease. Smoking is strongly associated with this disease. Multiple number of studies have been conducted to investigate the role of smoking in the development of chronic obstructive pulmonary disease. When the body comes in contact with bacteria, viruses, dust, and dirt, the damage to the lungs happen. Smoking impairs the ability of the body to fight these factors.  Researchers observed that there are various mechanisms to explain their correlation.

Although cigarette smoking is considered to be the leading cause of the development of chronic obstructive pulmonary disease, it can occur in non-smokers as well. There are many other causative risk factors as well and some of them include:

Tags: List of some common diseases in children, Smoking triggers the symptoms of cancer, 5 Diseases That Are Caused By Smoking, 5 Reasons - Why Quit Smoking