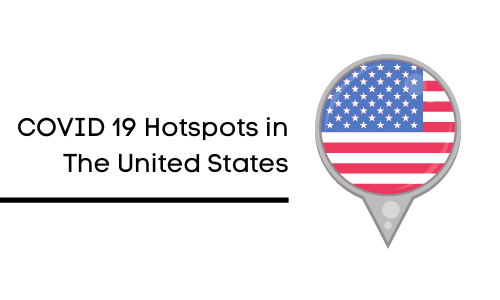 An infectious disease, Coronavirus disease(COVID-19) has recently been affecting a number of people as for now. The recovery rate is comparatively less than the infecting rate. Therefore, the number of cases is still increasing with time. While in some cases, people are getting affected by the virus, but they don't require any medical treatment to cure the infection. Such people act as a carrier, they might not get affected by it, but they may transmit the virus to others either through coughs, sneeze, droplets, or exhales.

You may get infected by the virus while breathing in the virus, in case you are in close proximity with a person affected by COVID-19. It may also enter your body through mouth and eyes when a person touches these sense organs after getting in direct contact with a contaminated surface.

According to Dr Jay Bulter, working at the US Centers for Disease Control and Prevention, says "It is a disaster that spreads. It's not that not like there's an entire continental seismic shift, and everyone feels that shaking all at once".

It was on January 31 when Alex Azar, secretary of the U.S Department of Health and Human Services(HHS) has stated officially a medical emergency in the United States due to outbreak of the Wuhan coronavirus. From then till now the confirmed numbers of cases have reached to

The data mentioned above are obtained from various sources that are tracking and aggregating coronavirus data which gets updated with time. The cases mentioned above are tested and are confirmed positive which varies with country. For example, some countries or areas may not have data about the current coronavirus scenario as they might not have published the data or haven't done anything in recent.

The virus has not only targeting the United States but to the entire humanity all over the world and now the number has reached to 98,18,101, out of which 23,21,918 confirmed cases are found in the U.S.

According to the data received, there are some places where new cases have shown an increase in their number in the last 15 days, such as California, Texas, Florida, Georgia, North Carolina, Louisiana, Austin, Houston, and Dallas.

Hot spots places of Coronavirus In the U.S

Globally, the United States is leading with the confirmed coronavirus cases as compared to other countries. Some cities of the U.S have turned as hot spots area because of the recent rapid growth of COVID-19 cases, such as Detroit, Chicago, New Orleans while the list also includes New York City and others. According to the current statistics, currently, the areas with a rapid increase in the number of COVID-19 cases are as follows:-

Due to the effect of COVID-19, not only the health but the economy of the city has also vigorously affected. Detroit is a metropolitan city with a population of more than four million and a 35% poverty rate which is roughly thrice the national poverty average. The city has a large homeless population which increases more risk of getting infected by the disease.

According to Dr Teena Chopra, the medical director of infection prevention and hospital epidemiology at the Detroit Medical Center states about Detroit by saying, "At this time, the trajectory of Detroit is unfortunately even steeper as compared to New York".

Chicago, one of the largest cities in the US with a metropolitan population of more than nine million. The US National Guard and the Army Corps of Engineers are working officially to set up emergency hospitals in the city, such as MC Cormick Place is the largest conversation centre in the US have already converted.

President Donald Trump has granted Louisiana a federal disaster declaration on March 24 as the state has confirmed 49,497 confirmed cases till now out of which 37,017 cases were recovered with 3,104 deaths.

According to Welfare Info, with such a massive effect the city has to face similar problems as Detroit, such as its poverty rate reaches to 24.58%. Consequently, like other hot spots areas, the Ernest M Morial Convention Center in New Orleans has been converted into emergency hospitals with a capacity of more than 1000 beds.

Like Detroit, according to the head of the National Institute of Allergy and Infectious Diseases, Dr Anthony Fauci has highlighted New Orleans as a cause for concern. He also added, "It is a smaller city, obviously, so they can't be totally comparable. But the dynamics of the outbreak in New Orleans are worrisome".

Initially, the order was issued in four regions, such as Broward, Miami-Dada, Palm Beach and Monroe and later it was extended to include the entire state. Additionally, the travellers entering the state from places, such as Louisiana or New York City must quarantine themselves for 14 days.

The confirmed number of cases has reached 93,789 comprising of 3,143 deaths. According to Gov. Ron DeSantis, South Carolina emerges with 1,155 new cases affecting the majority of 20s and 30s years of adults with results positive.

Here are some updates by the Government:-

The virus is spreading so rapidly that government officials have issued shutdown orders aimed at reducing the growth of new cases and flattening the lines. The experts also say that the true number of infected people are still unknown and it is possible that the number is higher than the official count. It is obvious that the count varies from country to country but in most of the areas the new cases are still coming up each day.

According to the officials of the hospitals. The state also sets its ninth consecutive record for hospitalization. The Department of State Health Services also says that part of the increase in the COVID-19 cases has attributable to Texans gathering at bars, beaches, rivers and other social gathering places. Not only this, but people are also testing positive in prisons and at meatpacking plants which continues to the growth in the number of cases.

Business must restrict the number of customers to 50% capacity and should encourage the employees to wear face masks. Gathering areas, such as communal seating, food courts, and indoor entertainment businesses(movie theatres or arcades) need to be closed or otherwise cordoned off.