Some of the deadliest disease in the world 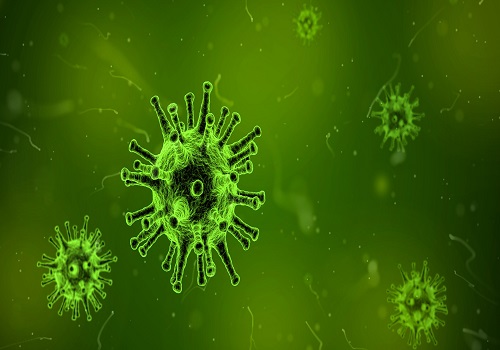 Coronary heart disease is a serious heart disorder which is caused due to the buildup of plaque in the arteries that supply oxygen rich blood to the heart. It affects the blood vessels that supply blood and oxygen to the blood. It is a severe heart problem which is associated with various health problems, including heart attack and stroke. A coronary heart disease is a common form of heart disease and it is caused by atherosclerosis. Atherosclerosis is known as a buildup of plaque which is made up of various substances including cholesterol.

Over time, the plaque is hardened and leads to the narrowing of arteries. This leads to the reduction in the flow of blood to the heart. When the plaque builds up in the arteries in the heart, it causes poor blood flow and heart may not be able to receive an adequate amount of oxygen. There are various risk factors that are associated with the development of this disease such as high cholesterol, cigarette smoking, high blood pressure, obesity, and depression. A chronic high blood pressure is one of the most diagnosed reasons for the development of disease as it can lead to the hardening of arteries which disrupts the flow of oxygen rich blood.

Tuberculosis is a contagious disease that is caused by the germs and it is one of the main cause of death related to antimicrobial resistance. It is an infectious disease and can affect any part of the body but the lungs are the most affected part. Tuberculosis is caused by the bacteria known as mycobacterium tuberculosis bacillus. This bacteria multiply in the pulmonary tissues rather than the deeper organs and it multiplies slowly as compared to other bacterias. This is one of the reasons why the onset and progression of tuberculosis is slow.

The symptoms of tuberculosis are mild and are characterized by a cough that lasts for more than a week, unexplained weight loss, fever and night sweats. Tuberculosis is a transmitted disease and is mainly spread by the airborne route. The germs of this disease are put in the air whenever an infected person cough or sneeze.

Cirrhosis is a chronic condition that attacks and damages the liver. The cells of the liver are killed and lead to the formation of scar tissue and this process of scarring is known as fibrosis. When the entire liver is scarred, it hardens and causes cirrhosis. Cirrhosis makes the liver lumpy and stiff, as a result, the blood flow through the liver is disrupted and causes pressure on the vein that brings blood to the liver.

Initially, the cirrhosis does not cause any symptoms, but with time it causes symptoms like low energy, weight loss, loss of muscle mass and reduced appetite. As this disease progresses, it can cause various life-threatening symptoms. Cirrhosis can be the result of various factors such as alcoholic liver disease, chronic hepatitis C, autoimmune hepatitis, blocked bile ducts and nonalcoholic steatohepatitis.

Also Read: Alzheimer’s Disease : Are you aware of it?

In medical terms, diabetes mellitus is defined as an endocrine disorder which is characterized by the hyperglycemia and results from relative or absolute insulin deficiency. In general terms, it is a condition which occurs when the blood sugar level in the body becomes too high. The blood sugar level rises when the pancreas in the human body fails to produce enough hormone insulin or the body fails to use the produced insulin. The diabetes mellitus is characterized by symptoms like increased thirst, frequent urination, unexplained weight loss, sudden vision change, and increased hunger.

The most common symptoms of the chronic pulmonary obstructive disease include progressive breathlessness, cough, sputum production, wheezing, and chest congestion. This disease is associated with various systemic effects and complications as well. Systemic effects include weight loss, nutritional abnormalities and malnutrition, and skeletal muscle dysfunction and some of the complications that are associated with this disease includes ischemic heart disease, osteoporosis, respiratory infection, bone fractures, anemia, depression, anxiety, diabetes, sleep disorders, glaucoma, cataracts, and cancer.

The chronic pulmonary obstructive disease is associated with bronchitis and emphysema. Bronchitis is a major component of chronic obstructive pulmonary disease and it is defined by the increased production of a cough and sputum. Emphysema involves damage to the walls of the air sacs of the lungs. It is associated with the destruction of alveoli in the airways which impairs the ability to bring oxygen into the body and eliminate carbon dioxide.

According to the researchers, tobacco smoking is one of the most common risk factor associated with the development of this disease. Almost 80% to 90% of the patients who are diagnosed with this disease are smokers. Another risk factor for the chronic pulmonary obstructive disease is prolonged exposure to dust and chemicals such as fumes and irritants.

Some of the common signs and symptoms associated with lung cancer include a cough, dyspnea, hemoptysis, wheezing, stridor, decreased appetite, weight loss, and chest pain. There are pieces of evidence that suggest that 80% of the cases are the result of voluntary or second hand cigarette smoking. People who smoke are at increased risk of developing the lung cancer as compared to those who do not smoke. This risk factor depends on the duration of smoking and the number of smokes per day.

Tags: Buy Pyzina - 750mg medicine online, Why do you get obese?, 8 weird health queries people Google- and their answers, 6 food shaming practices we need to stop