5 Deadliest Viruses Of All Time 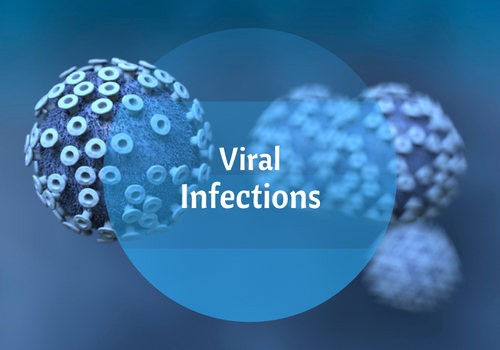 A virus is a small infectious agent that affects all types of life forms. The virus can spread in many ways, the virus in plants can be transmitted from plant to plant, in animals, it can be carried by sucking the blood of the insect and in humans, it can spread from person to person or through the contaminated environment. Viral infections are usually the response of the failed immune system of the human body as it doesn’t function properly when the body comes in an exposure to the viruses.

Ebola virus disease is one of the deadliest diseases which is caused by one of the species of the Ebola virus. This virus has caused the majority of human deaths from the Ebola virus disease. This disease got its name from the river Ebola, which passes near the village where the first outbreak has occurred. Ebola spreads only by direct contact with blood or through the fluid of a person who suffers from this disease. Saliva, mucous, sweat, tear, urine are some of the body fluid that contains Ebola virus. Even after the recovery the virus may remain in the semen for more than three months and spreads infection through sexual intercourse. Fever, vomiting, unexplained bleeding, muscle pain, diarrhea are some of the symptoms of this infection. The time between exposure and the onset of symptoms is usually 2 to 21 days.

A hantavirus is a large group of viruses that are carried out by some rodents and insectivores. The consequence of the infection caused depends on the type of the virus. Some hantaviruses can cause mild disease whereas some have a fatality rate of more than 50%. Some hantaviruses can cause a rare and deadly disease known as hantavirus pulmonary syndrome. Not all kinds of mice and rat can cause hantavirus, there are only some kinds of mice and rat can give hantavirus that causes hantavirus pulmonary syndrome. It is hard to find out which rodent carries hantavirus. Anyone who comes in contact with those rodents is at risk and can become seriously ill. Hantavirus can also cause hemorrhagic fever with renal syndrome. The most common hantaviruses that cause this syndrome are hantaan virus, puumala virus, dobrava virus, and seoul virus. Symptoms of this disease appear one to two weeks after an exposure and blurred vision, chills, fever, back and stomach pain are some of the symptoms of hemorrhagic fever with renal syndrome. In serious cases, it can also result in internal bleeding.

Marburg virus disease is known as Marburg hemorrhagic fever and it is a severe disease that causes fatal illness in the humans. It is considered as extremely dangerous and it can be transmitted by the exposure of one species of fruit bats. It can spread between people through broken skin, body fluids, and unprotected copulation. The symptoms of this virus are similar to that of the Ebola virus disease and both are the members of the Filoviridae family. It has been reported that marburg virus transmission through the semen can be seen for up to seven weeks after the recovery. The illness caused by the Marburg virus disease begins with uneasiness, high fever, severe headache, and muscle aches and pain. After two days, symptoms like diarrhea, abdominal pain, cramping, vomiting, and nausea are experienced by the sufferers. Many patients develop severe hemorrhagic manifestations and often experiences bleeding from multiple areas. Fresh blood in vomitus is accompanied by the bleeding from areas such as nose, gums, and vagina.

Influenza is an infectious disease which is caused by the influenza virus and it is also known as flu. It is one of the severe types of infection that affects humans as well as animals. Influenza is of three types

Tags: Possible Reasons For Not Losing Weight, All you need to know about vomiting and nausea, How hormones affect the body, Buy Anti Viral Medications Online