Diabetes And Its Associated Skin Disorders 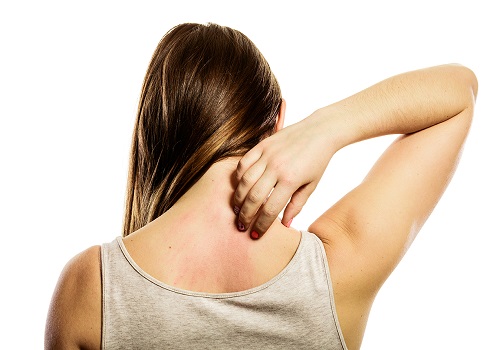 Diabetes mellitus is a chronic disorder that is characterized by high blood glucose level which results from absolute or relative insulin deficiency. It is defined as a heterogenous disturbance of metabolism which results in hyperglycemia or high blood glucose level and it is caused by impaired insulin secretion, impaired insulin or both. In the United States, it is one of the leading cause of deaths and the prevalence of this disease is increasing rapidly worldwide. Diabetes is of primarily of two types: diabetes type 1 and diabetes type 2.  It is known to almost everybody that diabetes mellitus is highly associated with microvascular complications: neuropathy, retinopathy, and nephropathy. But do you know that diabetes has an effect on skin as well??

Yes, diabetes affects every part of the body, including the skin. Many patients with diabetes have a skin problem that is affected by diabetes at some point in lives. In fact, sometimes skin conditions act as early warning signs of diabetes. People with diabetes are more prone to infections because most of them tend to have dry skin and are easier targets for harmful bacterias. Diabetics are at higher risk of having a bacterial infection as compared to non-diabetics. Some of the common skin conditions in diabetes mellitus include:

Acquired perforating dermatosis is a papulonodular skin disorder that is characterized by the crusts in which dermal connective tissue perforates or is eliminated through the epidermis. This condition is highly associated with diabetes mellitus, renal failure or both. Acquired perforating dermatosis is defined as papules and nodules with crust-filled crater which often occurs on the areas that are accessible to scratching such as limbs and trunk. Numerous studies suggest that various aetiologies contribute to the pathogenesis such as metabolic disturbances, problems with metabolism of vitamin A and vitamin D, micro deposition of substances such as calcium and uric acid.

Vitiligo is an acquired skin disorder which is characterized by the depigmentation macules in the normal skin. It is a disorder in which white patches of skin appear on different parts of the body and it occurs when the cells that make pigment in the skin are destroyed. Increased frequency of both the types of diabetes has been detected in patients having vitiligo. The white patches on the skin are more common in the areas where the skin is more exposed to the sun and these patches are more likely to occur on areas such as face, hands, feet, lips, and navel. Those people who have dark skin may also notice a loss of color in their mouth. The exact cause of this disease is not known yet but many studies suggest that it can be a result of various environmental factors.

Lichen planus is one of the skin condition that is common in people having diabetes mellitus and it is characterized by the itchy rash that is raised to purple red spot and it also contains irregular white streak that lies on the surface of some of them. Any area of the body can be affected by this skin disorder but wrist, ankle and lower back are the most affected areas of the body. Lichen planus is also common in the mouth and many people who develop a rash on skin also experience it in the mouth. In men, it can affect the penis as well, causing purple colored or ring shaped patches. Lichen planus can be very itchy, therefore usually medicine in a cream form is suggested to treat this condition.

Numerous studies suggest that there is a correlation between diabetes mellitus and eruptive xanthomas. It is a skin disorder and xanthomas are described as the deposits of lipids in the skin and sometimes it is expressed as a yellowish to erythematous papules and plaques. Eruptive xanthomas appear as many erythematous which are characterized as yellow in color, dome shaped papules on the surface of the extremities, buttocks, and hands. It is believed that most of the time, eruptive xanthomas results from the elevated triglyceride levels and in addition to this, certain medications are also known to be the cause of this skin disorder. Some of the medications include systemic estrogens, systemic corticosteroids, systemic retinoids, and olanzapine.

Dermatitis herpetiformis is a chronic disease which is characterized by small and clustered papules that mostly appears on areas such as elbows, knees, buttocks, scalp, and back. A lesion formation is the result of deposited hemoglobin A in the skin that triggers the immunologic reactions. Dermatitis herpetiformis begins with an intense itching and burning but later it forms papules or vesicles that looks like blisters or red bumps. Patients suffering from this skin disorder may also experience dental enamel defects to permanent teeth.

Tags: Understanding The Abnormalities Of Nails, Role of Vitamin B complex in human body, List Of Some Sexually Transmitted Disease, 5 Deadliest Viruses Of All Time