Understanding The Disabling Effects Of Schizophrenia 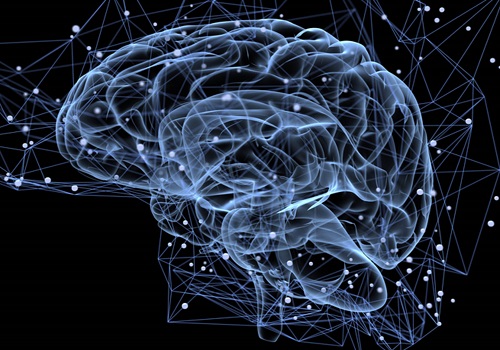 Schizophrenia is a chronic and severe mental disorder which is not as common as other psychological diseases but can be highly disabling. It is a disorder which significantly affect the ability of a person to think, feel, or act. Typically, it is associated with changes in behavior and disordered thinking that can distort the sense of reality.

It is estimated that the prevalence of Schizophrenia is about one percent of the general population which generally first appear when a person is aged between 15 and 25, but can also appear later in life.

It is believed that people who suffer from this mental disorder experience psychosis, a condition which is characterized by problems emotions, clarity, and identifying what's real and what's not and this psychosis makes a person wants to stay away from people. At the initial stage of this disease, it is characterized by:

Research suggests that Schizophrenia could be a result of the combination of genetics and environmental risk factors that have influenced the brain development. There are various factors that can affect the brain development such as genetics (having a parent or sibling who have this disorder), environment (being exposed to viruses or malnutrition before birth), brain chemistry (fluctuations in the amount of certain brain chemicals such as dopamine), drug abuse (using harmful substances that affect the functioning in the brain).

Many times, people with Schizophrenia are mistakenly referred to be suffering from split personality disorder but that's not true. They do experience symptoms that takes them away from reality but it does not indicate that they have multiple personalities. Patients having this mental disorder experience a wide range of symptoms that could lead to a significant impairment in the quality of life of the sufferer. The symptoms of Schizophrenia are categorized into three - positive symptoms, negative symptoms, and cognitive dysfunction.

The positive symptoms of this disease takes a person away from reality to an extent that sometimes they to understand what is real and what is imagined. These symptoms can be serious and it include:

Thought disorders are defined as an unusual way of thinking and identified thinking problems are considered to be one of the primary features of Schizophrenia. Thought disorder is not a single phenomenon but it consists of several factors. In patients having Schizophrenia, the thinking and speech seems to be confused and disorganised. The occurrence of thought disorder vary in severity and in patients with this disease, extremely severe thought disorders such as incoherent statement and neologisms have also been found. People find it difficult in organising the thoughts as many times they may stop talking in the middle of the sentence and say words that make no sense.

1. Having no facial expressions such as smile.

2. Having reduced feeling of pleasure.

3. Having no interest in talking to others.

Dysfunctioning of the cognitive function is the most commonly occurring sets of symptoms in patient having Schizophrenia. Most often patients experience changes in their behavior and thinking pattern. Most often these cognitive symptoms are ignored or are left unnoticed during the initial phase of the disease. But as it progresses, the problems with thinking, memorizing, and behaving increases to an extent that a person starts to starts to stay alone. Some of the common cognitive functions in this disease include:

Are people with Schizophrenia a threat for other people?

There is a common belief that people with Schizophrenia are dangerous and can act as a threat for other people. But the truth is that most of the patients having this mental disorder are not violent towards other people, in fact, most often, their aggressive behavior is directed towards the self. They are more likely to harm themselves than others, the chances of suicide are quite high. The risk of violence increases only when the psychosis is left untreated. It may trigger complications.