Diseases Of Future- What Coming Years Have In Store For Us 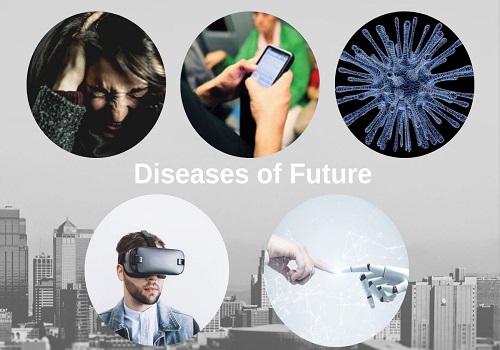 It’s hard to predict what exactly is going to affect us in the coming years, but considering the ongoing social and technological trends, there have been guesses about what might affect us in the future. With technology becoming the new nature, problems arising because of the overuse of technology seems very obvious as of now. Many predictions have also been made regarding the issues that may arise with further advancements in technology, and they do sound logical considering the scenario that we have created around us today.

We’ve been dealing in all types of diseases and found a cure for most of them. We can only expect what might be coming for us in the future, but there can be something surprising as well, something we aren’t really prepared for. With the drastic increase in population and changes in the way people live, many new health concerns are on the horizon which could emerge in the near future. Here are some of the diseases:

1. Antibiotic-resistant Bacteria: “We know the more we use antibiotics, the more resistant bacteria will emerge.” says Lance Price, Ph.D., a professor and founding director of the Antibiotic Resistance Action Center at George Washington University’s Milken Institute School of Public Health. We are able to treat bacteria with the available antibiotics in the market, but we’re under risk of the emerging antibiotic-resistant bacteria which is resistant to all the antibiotics available to us.  “The problem is the massive overuse and abuse of antibiotics in animal production and human medicine. Twenty-three thousand people died last year of untreatable infections. When we get new bacteria that are resistant to all our antibiotics, that number’s going to shoot way up.” Price says.

2. Virtual Reality Addiction: It’s assumed that once the fully developed VR technology is launched, it can become difficult for the people to engage with reality as the virtual reality experience will be a better compelling and controllable experience than the actual reality. Once the addiction phase begins, VR withdrawal will become a serious symptom which will affect a majority of people as it will be considerably difficult and inconvenient to detach oneself with. After the Internet Addiction Disorder(IAD) and Internet Gaming Disorder(IGD), VR addiction is next in line with the rapidly developing technological advancements in this field.

Also Read: Is It True That Junk Food Reduces The Sperm Count?

3. Ennui: Ennui is an emotional condition where the person gets tired of life. With the progress on the anti-aging pills that are expected to be developed in the next ten years, this mental condition could target a majority of people, especially the super-elderly people. It could also lead to a social health crisis where everyone feels too tired and bored of living as nothing seems interesting or worth living for.

(a) Nature-Deficit Disorder: With the increasing hours that children and adults are spending in front of the screens, there is very less time left for spending outdoors in the natural environment. There are also behavioral problems arising due to over interaction with the screens than with the individual sitting next to the person. As mentioned by Richard Louv in his book ‘Last Child in the Woods’, “An increasing pace in the last three decades, approximately, of a rapid disengagement between children and direct experiences in nature has profound implications, not only for the health of future generations but for the health of the Earth itself”.

4. Robophobia: As hard as it is to believe, robophobia is a real disorder. As robots will become an integrated part of our world, especially with a human-like behavior, some people go through this disorder where they fear the presence or even the sight of robots. This disease is rarely found in people, but with the upcoming advancements in robotics, there’s a higher risk of people suffering from this disorder.

5. Technology-induced Dysphoria: Dysphoria is a state of unease, anxiousness, or dissatisfaction with life. Heavy use of technology is affecting the minds of the people by making them more anxious and by producing disorientation or anxiety. There may be positive effects of advanced technology, but the negative ones are also on the rise. With new and powerful technology, gadgets are disrupting the way people think and communicate with each other. The long-term effects may prove to be even worse as we’re getting more and more attached to the technology.