Diseases That Make You Prone To Chronic Heart Disease 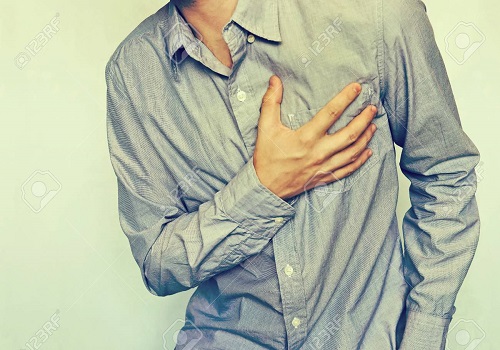 Heart disease, also known as cardiovascular disease indicates the diseases that affect the heart and the blood vessels. Coronary artery disease is the most common type of cardiovascular disease that has affected a large number of people. Research has suggested that each year millions of people are diagnosed with coronary heart disease in the United States. In fact, in the United States, coronary artery disease is one of the leading causes of death in both men and women.

Partial blockage of oxygen rich blood to the heart is known as angina.

Complete blockage of oxygen rich blood to the heart is known as heart attack.

There are various factors and disease that could lead to the buildup of fat. Some of the factors such as:

Hypertension, also known as high blood pressure is one of the most common causes of the development of heart disease. Hypertension is a disease which occurs when the pressure on the walls of arteries becomes higher than the normal level. This high pressure on the walls of arteries increases strain on coronary arteries which cause the arteries to become narrow. Thus, this leads to an interruption in the supply of oxygen rich blood to the heart.

Many people around the world suffer from high blood pressure and many people are not even aware of their problem. Hypertension is considered to be a silent disease because most often people having high blood pressure do not know about their condition until it starts to cause serious effects on the body. Generally, hypertension does not have any symptoms that can help them know about their condition.

Obesity is one of the leading causes of disability among people. It is a chronic disease that contributes to the development of many other diseases, including heart disease. Obesity is a chronic condition which is characterized by high body mass index. In simple terms, obesity is defined as an excessive accumulation of fat in the human body. Usually, obesity is known to be a result of increased calorie intake and decreased energy expenditure.

There is a close relationship between obesity and development of heart disease and there are various reasons to it. The very first reason include evidence suggests that obese people are more likely to be hypertensive as compared to lean people and weight gain is linked with an increase in arterial pressure.

Depression is one of the common psychological disorder that has a significant impact on the health of an individual. Depression is a disorder which is characterized by a large number of symptoms such as sad mood, persistent stress, anxiety, feeling of hopelessness, difficulty falling asleep, problems with concentration and many more.

But it is important to know that depression not only affects the brain and behavior of an individual but it has an impact on almost all the parts of the body, including the heart. Numerous studies suggest that depression and heart disease share a common genetic and pathophysiologic basis.

No doubt stress is the initial stage of depression and stress itself is one of the risk factors for heart disease. Depression occurs due to persistent and prolonged stress and stress leads to the fluctuations in the production of hormones that can have a direct impact on the arteries. It can cause damage to the arteries which results in the lack of supply of oxygen-rich blood to the heart muscles.

Uncontrolled diabetes is associated with various complications and the development of chronic heart disease is one of its complications. Uncontrolled diabetes or increased glucose level in the blood causes damage to the arteries that supply oxygen and nutrients to the heart muscles and other parts of the body. As a result, the lack of oxygen-rich blood to the heart muscles triggers heart disease.

Tags: 5 Secrets To Cure Obesity, How To Test Blood Pressure, Do You Know Some Hypertesnion Medication