Drop The Risk: 7 Women’s Diseases That Can Affect Men 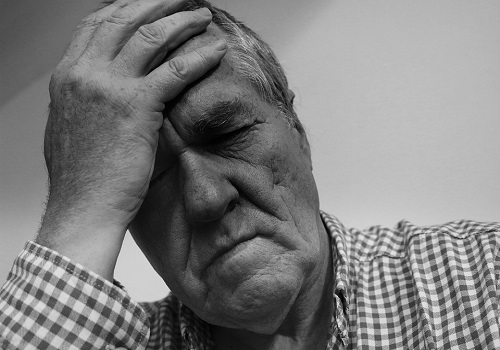 When it comes to health and wellness, many diseases that are considered specific to one gender only are in reality parts of similar issues only. This is why so many diseases go unnoticed because they are simply ignored with the excuse that “Men don’t get this disease” or
“This is not a men’s disease”, like breast cancer and lupus.

While these diseases may be rare in men, it is still possible for them to suffer from one of these illnesses that are generally linked with women’s health only. Experiencing any of the symptoms can be a sign of the disease but they are usually not taken seriously because of the unaware fact that it can happen to anyone.

With an increased risk of suffering from serious complications, these diseases are required to be treated as soon as possible. The best way is to recognize the warning signs and consult a doctor to avoid far-reaching consequences.

Here is a list of women-specific diseases that can strike men too:

1. Breast Cancer: This is not one of the men’s common diseases. It is rare, but the fact that nearly 2,500 American men get breast cancer every year just can’t be ignored. Though the symptoms are the same for men as they are in women (lump, swelling, bloody nipple discharge, and breast enlargement), most of the time they’re simply ignored as it’s much easier to believe that men cannot get breast cancer. But the reality is otherwise.

Unawareness and lack of knowledge may lead to ignorance towards the condition until severe damage is done. Therefore, the post-diagnosis mortality rate is less in men as compared to women.

Women have more breast tissues than men, therefore, the condition is more prevalent in women. The earlier the cancer is identified, the better are the chances to cure it. The treatment is the same for men and women but can vary from person to person depending on the age, the extent of the disease, and other general health issues.

2. Osteoporosis: After menopause, women start to lose bone rapidly because of the lack of estrogen and progesterone. Same way, men are also prone to having the problem of bone loss, especially after the age of 50.

Osteoporosis reduces the density of bones and makes it more vulnerable to fractures and injuries. A bone density test is required to keep a check on bone loss in the body and get the treatment if necessary.

Treatment is the same for men and women with medications - bisphosphonates, denosumab, and teriparatide. To prevent Osteoporosis, Calcium and Vitamin D intake is required on a sufficient level while some exercises to boost the strength of the body can also be helpful.

3. Depression and Migraines: Symptoms of Migraine include Severe headache, vomiting, sensitivity to light, etc. Although women are three times more likely to suffer from Migraines than men, still men do suffer from it.

Women are twice more likely to suffer from depression and men and women both experience different symptoms. Men tend to show irritation, anger, and frustration and often do not relate to Depression. Because of this, most men go undiagnosed which increases the risk of suicide and engagement in other harmful activities.

Also Read: Trans Fat: Is Your Food Stealing Your Eidetic?

4. Lupus: This is mostly associated with women as more than 90% of the people diagnosed with Lupus are women only. Lupus can affect both men and women and follow the same symptoms as well, which include joint swelling and pain, muscle weakness, hair loss, swollen glands, red rashes near the nose and cheeks, and eye puffiness.

The symptoms are mostly overlooked in men because of their rarity to happen. Understanding that Lupus can affect both men and women, the symptoms can be taken as an early warning sign to reach out to a doctor for a full treatment.

5. Yeast Infection: Yeast Infection is common  It is more likely to happen in the male who are overweight and who do not take proper care of hygiene, especially following an exercise session. The risk is a bit higher in the male who is not circumcised and who are suffering from diabetes. In men, it can happen on the skin, mouth, or penis.

Symptoms include - redness, swelling, and rashes on the skin. The treatment is usually the same for men and women which involves the use of antifungal drugs like azoles.

6. Thyroid Problems: Women are 8 times more likely to be affected by Thyroid problems. They are usually two-sided: If the thyroid glands produce too many hormones (for controlling metabolism), then it results in hyperthyroidism. If the glands are not producing enough hormones, it results in hypothyroidism.

7. Eating Disorder: About one in three people suffering from Eating Disorder are male, which breaks the stereotype that it can affect women only. Just as women, men can also turn to food when they’re lonely or depressed. Men also feel the pressure to look good and have a healthy body type, which can drive them towards an eating disorder.

Men are less likely to seek treatment because of the gender bias which can worsen the situation if the problem is left untreated. It can put the men at a higher risk of suffering from complications such as - heart problems, organ failure, and even death in extreme cases.