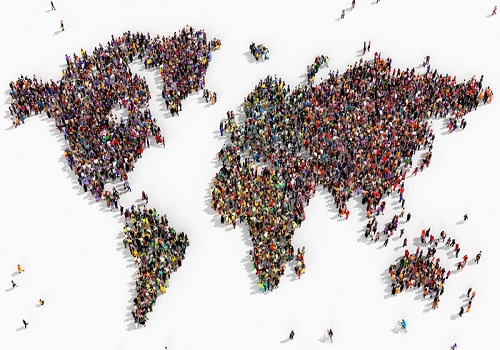 What is World Population Day?

It is an awareness campaign which is set on an international scale and is celebrated all across the world on the 11th of July. It is also a set platform that allows people to come forward and talk about the reasons for the ever-increasing population rate year after year. Things like mistakes and disasters are also discussed so that solutions on such a big platform may come forth. This day also marks the need to combat this issue, educate people and make them aware of the need for a global revolution.

This day was marked on the calendar by more than 90 countries in the year 1990 and also by the Governing Council of the United Nations Development Programme (UNDP) when the global population hit 5 billion two years prior. By resolution 45/216 of December 1990, it was decided that observation of this day will be continued henceforth. The decision was made by the United Nations General Assembly to improve the awareness of this issue and improve the situation, including its relation with development and the environment. Since then the organisation named as United Nations Population Fund, previously known as the United Nations Fund for Population Activities (UNFPA) and various other organisations honour this day in collaboration with governments of the world.

Other than the issue of population, other related issues that are discussed are:

It is deemed necessary that sexuality-related issues are discussed and solved for the youth especially for the age group of 14-18 years. The right and access to a safe elective family planning are important. This becomes a reason to lower poverty as it becomes central to women empowerment and gender equality. Decisions including investments for family planning are one of the ways to balance out population-related issues and doing so generates economic as well as other forms of gains that can be used for the development of other things.

The theme for this year's world population day is to address all the pending issues and decisions from the 1994 international conference on population and development.

The Nine standards that uphold the Human right to family planning according to the United Nations General Assembly are:

Also Read: The Must Know Things About Menopause

The current population of the world is nearly 7,716,627,611 which translates to 7.7 billion people, including children, teenagers, adults and the elderly. Even though since the 1960’s there has been a decline in the fertility rate, approximately 82 million individuals are added to the world’s population every year. By 2100, it is estimated that there will be a population of 11.2 billion people on Earth. Europe has the lowest fertility rate of 1.6 births per woman whereas Africa has the highest 4.7 births per woman. By 2050, nine countries among which are Congo, India, the United States of America, Nigeria, Uganda, Ethiopia, Pakistan, Tanzania and Indonesia will contribute to 50% of the world’s population growth. India’s population will take over China’s, Nigeria’s population will take over the United States of America, giving it the position of the third most populous country in the world.

According to John Wilmoth from the UN population division- “The population in Africa is known for its speedy rate of growth and it is predicted that over half of the global population from now and 2050 will take place in that region."

How does one celebrate World Population Day?

This day is celebrated by organizing many activities all around the globe. Many of which are:

Many other health organisations do all these on a much smaller scale while coming up with strategies to tackle highlighted issues.

There are only limited sources which can feed limited mouths, but the number of mouths is increasing constantly and the resources are depleting at a booming rate. The world is already suffering from the crisis of water, food, and jobs and it is high time that we realize this ever-increasing growth in population needs to be controlled to provide a more resourceful life to our future generations. Let us take serious and effective measures to limit this growth and shape a more gifted future. It is on us to make this world a better place for the entire human race.