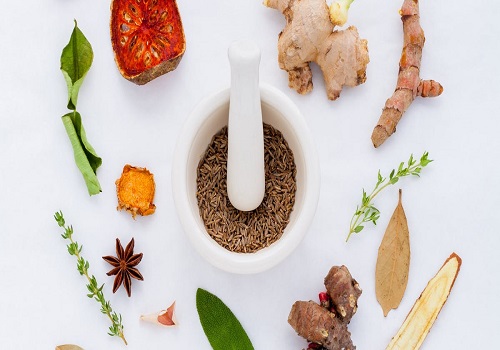 It has been estimated that millions of people are diagnosed with cancer every year and more than half the total number of diagnosed patients die from it. Cancer is a disease in which the abnormal cells in the body grow uncontrollably by disregarding the rules of cell division.

Cancer can have many causes and it develops over many years. Factors associated with both outside and inside the body contributes to the development of cancer. Whatever may be the cause, it is associated with significant impairment in the quality of life of the patient. Some of the risk factors for cancer include smoking, physical inactivity, alcohol consumption, genetics, and hormonal imbalance.

The treatment of cancer is associated with many steps such as surgery, chemotherapy, radiation therapy, immunotherapy, and many other treatment options. But one thing is that all the treatments are associated with increased reduction in the quality of life of the patient due to a large number of side effects.

Herbs that are useful in the treatment of cancer

There are many natural herbs that can help in preventing or improving the symptoms of cancer and some of the herbs are as follows:

Withania somnifera, also known as ashwagandha is a proud herb as it is a widely known herb for the treatment of both acute and chronic health problems. It is categorized amongst the world’s most renowned herbs due to its effectiveness in treating and preventing diseases, including cancer. The extracts of this herb are known to play a big role in preventing occurrence of many different types of cancer such as skin cancer and gastric cancer.

Withania somnifera has been shown to possess many properties and one of them is anti-cancer property and there are various pathways through which it helps in the treatment and prevention and cancer. In case of skin cancer, the extracts of this herb reduces skin carcinogenesis that is induced by DMBA (dimethylbenzanthracene) and it does this by enhancing the antioxidant enzymes such as glutathione peroxide and catalase. This herb is also beneficial in the treatment of other types of cancer such as lung cancer, prostate cancer, and gastric cancer.

Curcumin longa which belongs to the family of Zingiberaceae is another herb which is known to have a positive impact on the treatment of cancer. Increasing evidence suggests that a large number of compounds in curcumin play a pivotal role in the treatment of many health problems, including cancer.

Curcumin contains many compounds that possesses many properties such as anti-inflammatory, anti-oxidant, anti-carcinogenic and many more. The polyphenols in this herb inhibit many mediators and pathways that could lead to the development of tumor.

Many studies have analyzed the potential of curcumin and it was observed that curcumin has the potential to fight against many different types of cancer such as leukemia, gastrointestinal cancer, breast cancer, ovarian cancer, lung cancer, melanoma, and neurological cancer. Exposure to free radicals due to oxidative stress causes damage to DNA in the body and damage to DNA is the common cause of cancer. The antioxidant property of curcumin prevents the damage caused by free radicals.

Ocimum sanctum, also known as holy basil is a plant that belongs to lamiaceae family and is used as a medicinal plant in many countries. It is a herb which is used in the treatment of many chronic diseases and this is due to the presence of many properties such as antioxidant, anti-diabetic, anti-cancer, anti-microbial, and many more.

It contains many antioxidants which are the substances that restrict the process of oxidation in the body by inhibiting free radicals. These free radicals are harmful to the body and could lead to the development of health problems such as cancer. Cancer is a life-threatening disease whose prevalence is extremely high in todays’ time across the world. Multiple studies have shown that the holy basil has anti-cancer property due to the presence of certain phytochemicals (eugenol, rosmarinic acid, apigenin, luteolin, and carnosic acid) that prevent its development. It helps in taking care of the normal working of the cells within the body.

Also Read: Is Caffeine A Healthy Or An Unhealthy Choice?

Cinnamon is another herb that is widely used in households. It is a spice that has been used for thousands of years for both enhancing the taste of the dish and also due to its potential health benefits. Evidence suggests that cinnamon has properties such as anti-cancer, anti-inflammatory, antimicrobial, antioxidant, antitumor, cholesterol lowering, and immunomodulatory effects.

Research has shown that cinnamon oil is one of the best solutions in the treatment of tumors, melanomas, and gastric cancer. Cinnamon in its various forms has two chemical constituents called Cinnamaldehyde and Eugenol which has the ability to inhibit the cells that could lead to the occurrence of cancer.

Allium sativum, also known as garlic is a spice that has been used since ancient times, not only due to its ability to enhance the taste but also due to its ability to treat health problems. Garlic contains many potentially active constituents that help in preventing and treating many different health problems. It is believed that the concentration of sulphur compounds in Garlic is extremely high or maybe more than any other allium species and some of them include alliin, allicin, ajoene, allylpropyldisulﬁde, and diallyltrisulﬁde.

Numerous studies have shown that garlic is one of the amazing herbs that can help in improving the symptoms of cancer. It contains many anti-carcinogenic compounds such as allyl sulfides, quercetin, kaempferol, and linolenic acid that helps in preventing cancer.

Cancer has become one of the most common diseases and a large number of people are living with it. Share this post with your family and friends and help them know some herbs that can prevent the development of cancer.