Erectile Dysfunction And Some Possible Causes Of It 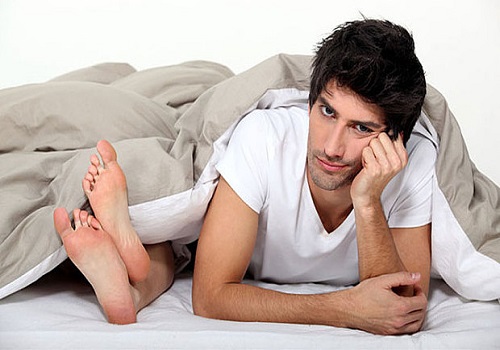 Erectile dysfunction is considered to be a neurovascular disorder that is directly linked to many diseases. It is also known as impotence and it affects millions of people every year. It is defined as an inability to sustain a satisfied erection during sexual intercourse. Problem with erection does not necessarily mean erectile dysfunction but when these problems become persistent it is known to be a condition of erectile dysfunction. To achieve a successful erection, the blood flow within the corpus cavernosum needs to increase. This requires nitric oxide and an availability of cGMP (cyclic guanosine monophosphate) which causes smooth muscle relaxation and an increased blood flow.

Diabetes that is caused by the high sugar level in the body has a direct connection to the development of erectile dysfunction. Erectile dysfunction is a disorder of damage to the nerves and blood vessels and an excessive glucose level in the body damages the nerves and blood vessels in the penis. This damage negatively affects the blood supply to the penis region and it also results in the lack of nitric oxide in the corpora cavernosa, which is the main erectile tissue in the penis. Also, the lack of nitric oxide restricts the relaxation of the smooth muscles and the blood flow to that region. According to the researchers, more than 50% of the diabetic patients are also suffering from erectile dysfunction.

Parkinson’s disease is the most common neurodegenerative disorder that is characterized by the degeneration of dopamine neurons in the nigrostriatal system. Most men who have Parkinson's disease suffer from erectile dysfunction and found it to the most distressing side effects out of all the disabilities that are imposed by this disease. Also, people who have Parkinson's disease are at high chances of having the deficiency of testosterone and testosterone deficiency is the proved cause of the development of erectile dysfunction.

Hypothyroidism is an endocrine disorder that is caused by the lack of thyroid hormone. It is also known as an underactive thyroid and it throws adverse effects on the male reproductive system. Short term hypothyroidism doesn’t throw much affect but prolonged hypothyroidism can lead to the impairment of male reproductive system. An alteration in the thyroid hormone adversely affects the erectile function and semen quality in men. An erection is caused by the availability of nitric oxide and cGMP and thyroxine enhances the functioning of nitric oxide and inhibits phosphodiesterase type 5, hence blocking the degradation of cGMP.

Obesity is defined as a condition of being overweight to such an extent that it starts affecting the health. It is associated with increased risk of erectile dysfunction. Erectile function depends on the nervous system, vascular system and the hormonal milieu of the individual. Obesity throws the negative impacts on the health of the vascular system and it also alters the balance of the endocrine milieu and hence leads to the development of the symptoms of erectile dysfunction. There are many studies that link obesity and erectile dysfunction. Obesity also leads to the impairment of nitric oxide and reduction in the level of testosterone.