Possible Factors That Contributes To Hypogonadism 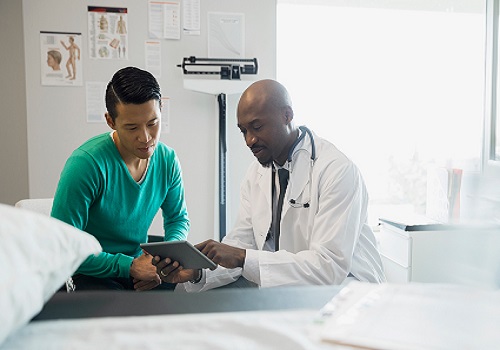 Androgens has a crucial role to play in the development and maintenance of all the aspects of male reproductive system and other body systems as well. Fluctuations in the circulating levels of androgens can not only cause disturbances in male sexual functions but could also lead to disturbances in other parts of the body such as decreased bone mineralisation, disturbance in cognitive function, and impaired fat metabolism.

Testosterone is a hormone which is produced in both males and females, but in males it is produced in large amount as compared to females. Testosterone is required during every phase of man’s life but primarily its effects can be seen during three stages of life, prenatal, puberty, and adulthood.

Obesity is one of the most common metabolic disorders found in people across the world. It is defined as the accumulation of excess fat in the body to an extent that it has significant negative impact on the health of a person. Numerous studies have shown that obesity or high body weight has the ability to impair the functioning of various organs in the body, including the reproductive system.

Also Read: Why Do We Call Breakfast As An Important Meal Of The Day?

There is a correlation between testosterone levels in the body and obesity. Low serum testosterone is believed to be due to the development of central obesity and accumulation of intra abdominal fat. One of the explanations how obesity contributes to testosterone deficiency is that it SHBG (sex hormone binding globulin) and total testosterone levels are subject to alterations in SHBG. Another mechanism is that obesity is associated with increased release and secretion of proinflammatory cytokines and adipokines which highly contributes to androgen deficiency.

Stress is often known as a silent killer and this is because of its harmful impacts on the health of an individual. Exposure to prolonged stress is considered to be one of the most important factors that contribute to the development of many health problems. Stress is defined as the response of the body towards the pressure that can be faced due to any challenge.

Although stress is common and everyone experiences it in everyday lives, prolonged exposure can worsen the health of both mind and body. Stress is associated with the release of various hormones in the body, and fluctuations in the levels of hormones can have significant impact on the health.

Similarly, cortisol (also known as a stress hormone) is released in excess when a person experiences stress for a long time and evidence suggests that increased cortisol levels in the body could result in the reduced level of cortisol in the blood.  Cortisol is an end product of the hypothalamic pituitary adrenal (HPA) axis which inhibits testosterone by reducing the activity of HPG (hypothalamic pituitary gonadal ) and blocking androgen receptors.

These days, a large number of people are exposed to cigarette smoking and  tobacco consumption and it is believed that addiction towards smoking is one of the key reasons for sexual dysfunctions. Cigarette smoking can have hazardous impacts on the health of an individual that can be short term and long term. The primary reason why smoking affects the health of a person is that it causes the release of various chemicals in the body which act as a poison.

Production of various hormones are affected by regular exposure to cigarette smoking and testosterone is one of the hormones. Through multiple ways it can cause testosterone deficiency in the body and one of the ways include that smoking leads to the activation of hypothalamic pituitary adrenal axis which increases the effects of adrenocorticotropic hormone on the adrenal cortex, resulting in increased production of cortisol.

Some of the factors that can’t be prevented and are associated with testosterone deficiency are as follows:

Kallmann syndrome is a genetic disorder which is rare and is associated with hypogonadotropic, hypogonadism, and anosmia. It is basically a condition in which is characterized by the lack of the production of certain hormones that are normally made in hypothalamus (part of the brain).

Hypogonadism or testosterone deficiency is the characteristic feature of kallmann syndrome and it occurs due to disruption in the embryonic migration of neuroendocrine gonadotropin releasing hormone synthesizing cells in the hypothalamus of the brain.

Klinefelter is a disease which is characterized by having one or more chromosomes “X” in every cell instead of one. This condition occurs only in males as chromosome “Y” is always present. Males having this disease have small testes and reduced function.

Reduced or dysfunction of testes is one of the primary causes of hypogonadism, hence patients having this disease experience the symptoms that are associated with it. In fact, numerous studies have shown that many men who have this disease are infertile.

Evidence suggests that lack of testosterone is a common symptom in patients suffering from this disorder and this is because the build up of iron in the blood could lead to testicular failure or dysfunction of the pituitary gland. Both these factors can contribute to hypogonadism.