Factors That Can Affect Obesity 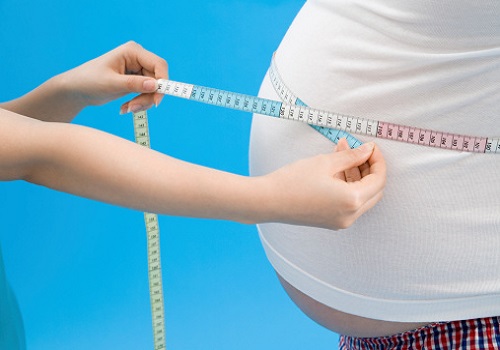 Obesity is considered to be a prevalent health hazard in both, developed and developing countries, and it is associated with the development of various pathological conditions and complications. The degree of health impairment and its effect on quality of life is widely dependent on three factors:

Obesity is a topic of health concern. One of the reasons for this concern is that obesity is not only prevalent among adults, but also among children. Evidence suggests that there is an increase in the number of children who are obese or overweight. The prevalence of childhood obesity is very high. As a result, the risk of developing complications increases at a young age.

It is strongly believed that unhealthy lifestyle factors are the major cause of obesity. There are various factors that may not increase the total number of calorie intake but decreases the energy expenditure or vice versa. Some factors that might be responsible for weight gain are as follows:

Regular physical activity contributes to overall good health at all the stages of life and sedentary lifestyle is contrary to it. Sedentary lifestyle indicates a behavior which is characterized by little or no physical movement. It includes behavior in which an individual is involved in behavior which has low energy expenditure such as sitting for a long time, prolonged screen time, or leisure times.

When we talk about childhood obesity, the link between sedentary lifestyle and the development of obesity becomes strong. Evidence suggests that children who are involved in a number of hours in screen time are more likely to be obese. Obesity is considered to be a problem of a younger age is primarily due to availability of gadgets such as computers and video games, and overeating tendencies.

Along with physical activity, an eating pattern also plays a role to stay healthy. What we eat, how much we eat, and when we eat has a large role to play in the prevention of obesity. Sometimes an increase in calorie intake with no change in energy expenditure causes obesity. Research suggests that in the United States, there is no significant change in the calories expended by people, but there is significant increase in the number of calories consumed by them.

Another unhealthy eating pattern that contributes to obesity is midnight snacking. As stated above, when we eat also play a role in both the prevention and development of obesity. Night time eating, especially before bed causes negative outcome. This is because intake of calories at that time leads to negative changes in a person. Food intake in the night time is associated with greater body mass index and even after maintaining regular physical activity.

There are strong evidences that suggests that there is a strong link between lack of sleep and the development of obesity. Sleep is consequently an extremely important adaptive behavior that helps in the maintenance of various functions in the body. Impairment in the quality or quantity of sleep can lead to the development of various health problems, including obesity.

One of the most common reasons behind the link between sleep deprivation and obesity is that lack of sleep is accompanied by certain behaviors such as lack of physical activity that leads to weight gain and obesity.

Also, duration of sleep has a significant correlation with energy, carbohydrates, and fat intake. As a result, it has a direct impact on the total number of calories getting stored in the body as fat. Sleep deprivation can have a major impact on the health of an individual. ALong with obesity, it is also a risk factor for other health problems such as diabetes mellitus, hypertension, and heart disease.

There are various psychological factors that could lead to the accumulation of fat in the body. Stress is one of the most common psychological factors which is known to almost everyone. Everyone must have had experienced some degree of stress in life. But when stress becomes prolonged, it starts to affect the functioning of almost all the organs of the body. Not only this, it increases the risk of developing various health problems, including obesity.

It is widely known that stress influences the eating habits of a person and certain researchers have reported that most often, people under stress tend to have unhealthy eating behavior, which results in an increase in the intake of calories. Also, there are high chances that unhealthy eating behavior is accompanied by a lack of physical activity. Stress also induces changes in other aspects of lifestyle that affects the body

Tags: Know Your Stress, Effects Of Sleep Disorders, Midnight Snacking Can Be Unhealthy