4 Foods That Helps To Increase Testosterone 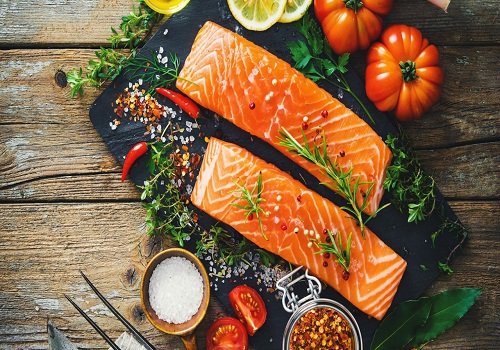 Testosterone is a primary male sex hormone involved in many bodily functions like reproductive psychology, development of secondary sexual characteristics, and sexual desire. Testosterone plays its primary role during puberty when its level rises significantly. Testosterone is made in the testes and plays a vital role in the occurrence of the changes that take place during puberty.

According to research, approximately 25% to 40% of men between the ages of 40 to 80 lack testosterone. In medical terms, lack of testosterone is known as hypogonadism. Hypogonadism is a quite common problem in men and is also a risk factor for a large number of sexual dysfunctions in men such as low libido and erectile dysfunction. Testosterone deficiency could result from various factors like a testicular failure, pituitary, and hypothalamic failure, and any age related dysfunction.

There are some natural ways through which testosterone level can be increased such as reduce the level of stress, get adequate sleep, increase the intake of vitamin D, and a healthy diet. Diet plays a vital role in keeping the health and to maintain the adequate levels of testosterone and other hormones in the body. Some of the food items that could lead to an increase in the level of testosterone are as follows:

Ginger is traditionally used as a medicine due to its high range properties like cytotoxic, antitumor, antifungal, antibacterial, antiviral, and antiprotozoal properties. Multiple studies have investigated the correlation between the consumption of ginger and treatment and the prevention of sexual dysfunctions in men. Testosterone deficiency is one of the common cause of various sexual dysfunctions such as erectile dysfunction and infertility.

Ginger has many positive impacts on the male reproductive system and it has been reported that ginger consumption could lead to an increase in testosterone level and it also regulates testosterone level. The constituents known as protodioscin and saponins of ginger is known to have an impact on testosterone and luteinizing hormone. Ginger also has the capability to increase libido in men.

Tuna is one of the rich sources of vitamin D and evidence suggests that there is a strong relationship between vitamin D levels and testosterone production. Research showed an increase in the testosterone level after taking vitamin D supplementation. The male reproductive tract is a target tissue for vitamin D. Tuna is also rich in other nutrients such as omega 3 fatty acid and polyunsaturated fatty acid.

Honey is a natural product that is used extensively by people across the world. Honey is considered to be a natural remedy for a wide range of disorders, including hypogonadism. Honey has an impact on sperm count and testosterone level. Honey is a rich source of multiple important nutrients required in the body to function normally. It also has an impact on the reproductive system and ensures the normal functioning of it.

Green vegetables like spinach and broccoli are also beneficial to treat hypogonadism and various sexual dysfunctions in men. There are various mechanisms that could explain the correlation between the consumption of green vegetables and an increase in the level of testosterone. One of the mechanisms through which there is an increase in testosterone level is that spinach and broccoli are a rich source of dietary a-lipoic acid. Dietary a-lipoic acid is safe and effective in treating hypogonadism. It works by increasing the production of testosterone and leading to reduce the risk of suffering from sexual dysfunction.

Tags:  How hormones affect the body,  Menopause in men- everything you need to know about it,  Some Common Risk Factors For ED,  Do You Know That Smoking And Drinking Can Affect Potency?
← Previous Next →
Related Posts
Categories
Recent Posts