4 Easiest Ways To Get Rid Of Dark Circles 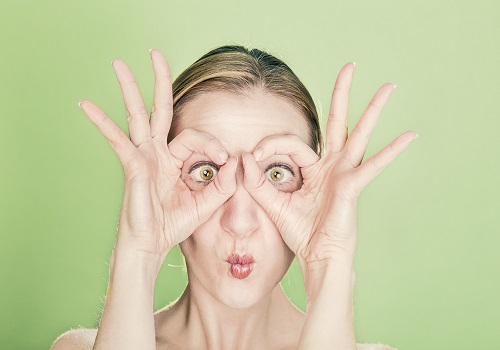 Now a days dark circles under the eyes have become a common concern. In the medical terms, it is known as infraorbital dark circles and is defined as a condition that is characterized as a relative darkness of the infraorbital eyelids.

It is a significant problem that interferes with the facial appearance and gives a tired, sand or handover look to an individual. Numerous studies suggest that the possible causative factor of the dark circles include excessive pigmentation, translucent lower eyelid skin overlying the orbicularis oculi muscle. There is no doubt in saying that the dark circles are worsened by general tiredness and lack of sleep. It is also believed that rubbing eyes frequently can also contribute to causing dark circles. Anything that irritates the eyes can result in dark circles like going to bed with makeup on. Some other causes of dark circles are as follows:

Although there are many cosmetic products available in the market for disguising the dark circles, almost everyone struggling with dark circles looks for a natural and permanent way to get rid of the bags under the eyes.

Some of the natural ways that can help you get rid of dark circles are as follows:

Apart from being used as a source of food, potatoes play an important role in skin care as well.  Potatoes are considered to be natural under eye brightener and applying potato juice on an affected area can help in reducing dark circles.

Potatoes are rich in vitamin C, B-complex, and various minerals like potassium, magnesium, phosphorus, and zinc which are beneficial for the skin health. Vitamin C is essential for maintaining skin health and it benefits the skin in various ways.

You can use potatoes in two ways,

Firstly by applying the potato juice under the eyes using the cotton balls.

Secondly, you can peel and slice potatoes into large pieces and place them on your eyes for 10 - 15 minutes. Later wash your eyes with water.

Cucumber has long been associated with skin treatment. Cucumbers not only provide a cooling effect on the skin but, it also offers various benefits to the eyes and surrounding tissues. Cucumbers have widely been used as a moisturizer and skin brightener by inhibiting tyrosinase.

Cucumber can work wonders under the eyes. It soothes the area under the eyes and reduces the swelling. It is high in water content and helps to keep the skin hydrated. Also, cucumber contains rutin and ascorbic acid oxidase which act as a free radical scavenger. As a result, it protects the skin against any damage. When chilled, cucumber slices work best for reducing inflammation and dark circles.

Using cucumber to reduce dark circles is easy. You just have to place chilled cucumber slices on the dark circles and leave it for 10 minutes. After 10 minutes wash your face using cold water and you can feel the freshened face instantly.

Also Read: 6 Ways To Have An Acne Free Face.

Almond oil is one of an amazing way to get rid of dark circles. It acts as a moisturizer and works wonders on the areas around the eyes. Almond oil contains anti-inflammatory and antioxidant properties that reduce the inflammation and swelling under the eyes.

Sometimes, dark circles result from dehydration. When the skin becomes dehydrated, it requires nourishment. Almond oil is an effective solution to skin problems, including dark circles as it provides nourishment to the skin. Also, the almond oil contains various vitamins and retinol that are good for skin health and using almond oil on a daily basis can help you get rid of dark circles.

One of the simplest ways to use almond oil for skin health is massaging the areas surrounding the eyes with almond oil at night and leave it on overnight.

Cold milk is not only beneficial for reducing dark circles but it also soothes and moisturizes the skin. Milk is a product which is loaded with minerals and vitamins which is beneficial for skin cells. It contains vitamin B which acts as natural brightener that lightens the skin. Milk contains many properties that are effective for skin health and reduces the redness, inflammation, and puffiness under the eyes.

Dark circles are the problems that are common in both genders and a lot of people are looking for solutions. Share this post with your family and friends and help them get rid of the dark circles.