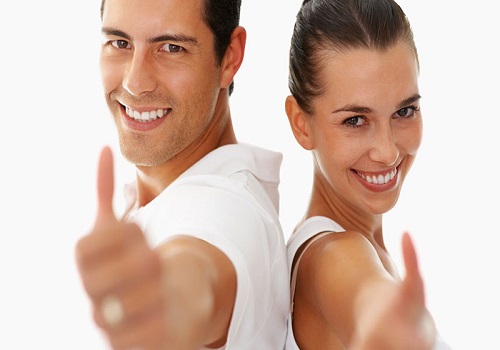 Sexual dysfunction is a major healthcare and deserves special attention. Sexual function is a complex function that involves multiple factors such as physiologic, psychologic, anatomic, and developmental factors. The complete sexual response involves four phases- appetitive, arousal, orgasmic and resolution. The appetitive phase includes the sexual fantasies and desires to have sexual activity. The excitement phase include a sense a sexual pleasure men experience during penile erection and secretions that appear from the bulbourethral glands. In the orgasmic phase, the sexual desire is accompanied by the rhythmic contraction of the perineal and pelvic reproductive organs. Lastly, during the resolution phase, the feeling of relaxation is received.

The sexual dysfunction have both organic and psychogenic causes and dysfunctions can be lifelong or acquired, generalized or situational and complete or partial severity. Erectile dysfunction is one of the most common sexual dysfunctioning in men and a large number of men are dealing with this sexual problem. It is defined as a continuous failure to attain and maintain penile erection sufficient enough to have satisfactory sexual intercourse. It is more common as men ages but it can also result from health problems such as high blood pressure, smoking, high blood sugar level and some emotional factors such as stress and depression. Erectile dysfunction can be used by using drugs such as Cialis and Viagra and adopting some lifestyle changes. Medications are solution to almost every health problem but herbs can help you treat the problems naturally and erectile dysfunction is one such problem that can be cured through herbs. Some of the herbs that can help in treating erectile dysfunction include:

Eurycoma Longifolia, also known as tongkat ali is a medicinal plant which belongs to the family simaroubaceae family. The root extracts of this medicinal plant is very powerful and is used widely to treat sexual problems, primarily erectile dysfunction. It has various effects on the men's health but it is most famous for its aphrodisiac property. The aphrodisiac property of this herb has an enhancing effect on testosterone. Lack of testosterone is one one of the major cause of erectile dysfunction as it causes disruptions in the process of erectile function. Testosterone is important for male fertility such as normal spermatogenesis. Hormonal changes can cause inhibitory effect on testosterone and disturbs testicular function.This herb does not contain testosterone in itself, instead it promote the tests to increase the production of testosterone naturally. Eurycoma Longifolia is considered to be a natural Viagra. Its extracts contains various compounds such as alkaloids, quassinoids, tannins, glycoproteins and mucopolysaccharides.

Withania Somnifera, also known as ashwagandha is a medicinal plant which belongs to the family solanaceae and is widely used as an Ayurvedic medicine. This medicinal herb do not have any single benefit, instead it is used to treat a large number of health problems and erectile dysfunction if one of them. The main constituents of this herb is known as withanolides and it include constituents steroid alkaloids and steroidal lactone. The root of this plant has been used for thousands of years by Ayurvedics for its role in calming and replenishing lost energy. It also helps the body adapt to stress. Stress is one of the cause of erectile dysfunction and the role of this herb towards stress helps in treating this sexual dysfunction.

The extracts of corynanthe yohimbe is considered to be a traditional medicine due to its herbal and aprohdisiac effects. Yohimbine hydrochloride is the active medical component present in this herb is known to have a stimulant and aphrodisiac effects. Yohimbine hydrochloride is a principal alkaloid that enhances the central release of norepinephrine and epinephrine and this increases the sexual arousal. It also has a direct effect on vascular smooth muscle. Corynanthe yohimbe is also known to be associated in the treatment of diabetes mellitus. It helps in reducing the blood sugar level of the body and prevents erectile dysfunction. High blood sugar level is highly linked to the development of erectile dysfunction as high blood sugar damages the nerves and blood vessels that supply blood to the penis region and an adequate amount of blood flow is required to have satisfactory penile erection.

Chlorophytum Borivilianum is an amazing medicinal herb and its properties are said to be very useful for the people suffering from Erectile dysfunction and to increase male potency. It contains spermatogenesis property that is beneficial for curing impotence in men. Due to its effectiveness in increasing male potency, it is often considered to be a natural Viagra. Also, this medicinal herb is used to treat several medical conditions that plays a role in contributing to erectile dysfunction such as diabetes mellitus, high blood pressure and stress. Stress and high blood pressure are two most important factor that affects erectile function. It is a herb that controls the glucose level in the blood and helps in maintaining normal blood pressure.

Tags: Erectile Dysfunction And Some Possible Causes Of It, Know About Atherosclerosis, Are You Suffering From Hypertension? Try These Tips, Food Items To Control Glucose Level