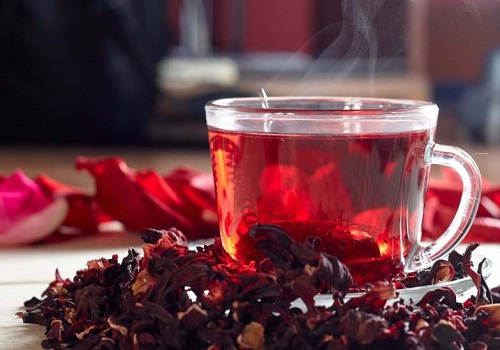 Hibiscus tea is one of the beverages that contain high medicinal properties. Hibiscus sabdariffa, commonly known as red sorrel is a highly beneficial ingredient that is found in many herbal teas and beverages.

Hibiscus tea is a rich source of various organic acid including citric, malic, and tartaric. The most important component that is present in hibiscus tea is phytochemicals, primarily known for its high nutritional value. It is a rich source of essential nutrients such as vitamin C, protein, beta carotene, amino acids, minerals, and riboflavin, ascorbic acid, niacin, calcium, and iron.

Hibiscus tea is often known to be an effective remedy for the prevention and treatment of various health problems. Hibiscus tea contains a high level of antioxidants, such as flavonoids which plays an important role in preventing heart against diseases. This antioxidant works by fighting harmful substances, known as free radicals that cause damage to the cells in the body, resulting in an increased risk of developing diseases.

Some of the common health benefits of hibiscus tea are as follows:

Hypertension, commonly known as high blood pressure is one of the most common problems experienced by people throughout the world. High blood pressure is a silent killer that does not show any initial signs but causes serious damage to health, increasing the risk of heart disease.

Cancer is one of the most severe and life threatening diseases and is also a major health problem throughout the world. Cancer is of several types which significantly lowers the quality of life of an individual. Cancer is a chronic disease which occurs when the cells inside the body start to grow uncontrollably. Normally the cells in the body are replaced by the new cells when they become old and damaged, but cancer cells grow uncontrollably.

Hyperglycemia is a term used to describe a high glucose level in the blood. In medical terms, hyperglycemia is a characteristic feature of a metabolic disorder known as diabetes mellitus. Diabetes mellitus is a chronic disorder which is characterized by a large number of symptoms such as excessive thirst, frequent urination, problems with urination, problems with vision, and fatigue.

Diabetes mellitus results from the problems in insulin secretion, insulin action or both. Hibiscus tea is known to have anti diabetic effect. It works by improving the production and action of insulin in the body.

The antidiabetic effect of hibiscus tea causes a reduction in glucose level in the blood. Hibiscus tea contains many components that comprise of antioxidant property which helps in protecting the damage from free radicals due to oxidative stress. As a result, it reduces insulin resistance and decreases the risk of developing complications associated with diabetes mellitus.