Honey- A Remedy For Many Health Problems 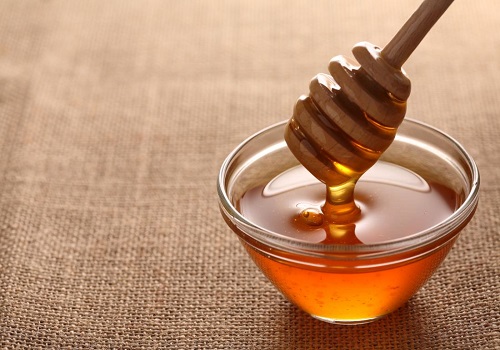 Natural medicinal products have been used for centuries in the treatment of multiple health problems. Honey is one such natural products that are highly beneficial for the health and is used as a healing product. Honey is a naturally sweet substance and a product of very high nutritive value as it contains a wide variety of vitamins, minerals, amino acids, and antioxidants.

Numerous researchers have suggested that there are various foods that contain a number of phytochemicals and it includes honey. Phytochemicals are the substances in plants and are known to have health promoting activities. The health benefits of honey have long been noted by the humans and its nutritional and medicinal qualities have been documented in various studies. It is a natural substance that contains many medicinal properties including antibacterial, hepatoprotective, hypoglycemic, antihypertensive and antibacterial.

Honey is beneficial for overall well being and here is the list of some of the benefits of honey on the human body. It contains many bioactive constituents such as phenolic compounds, flavonoids, nitric oxide metabolites, vitamins, amino acids, and proteins.

1. Honey prevents the development of diabetes

Diabetes is one of the common diseases that affect millions of people and is responsible for the deaths of a large number of people. Diabetes is a chronic and metabolic disorder which is characterized by a high glucose level in the blood. Multiple studies suggest that honey plays a role in preventing the development of diabetes.

Honey is known to have hypoglycemic properties and the hypoglycemic effects of honey prevent the occurrence of diabetes. The pancreas is an important organ that is involved in the process of maintaining the blood glucose level. This is because pancreas secretes two glucose regulating hormones - insulin and glucagon. Insulin is important to regulate the level of glucose in the blood. Diabetes develops when the pancreas fails to produce enough insulin or the body fails to use enough insulin. The pancreas can be damaged due to oxidative stress and honey protects the pancreas against oxidative stress. The hypoglycemic effect of honey regulates the glucose level in the blood.

Obesity has become one of the biggest health concern throughout the world and it is identified as a major contributor to other chronic diseases such as diabetes, cardiovascular disease, and even cancer. Obesity is a disease which is defined as a condition which occurs when the there is an accumulation of excess fat in the body, and to such an extent that it interferes with the quality of life of an individual. It is associated with various other health problems.

Many studies have reported that honey has an ability to control overweight and prevent the development of obesity. A mixture of honey and lemon is often recommended to people who want to lose pounds and it is believed that a large number of people have experienced a positive result after consuming honey and lemon on a daily basis. Honey contains many anti microbial properties that fight the bad bacterias in the stomach which helps in dropping a size. Also, honey has an ability to use the stored fat as an energy which helps in better weight management.

Honey is known to reduce the risk factors that are associated with the development of cardiovascular disease in healthy individuals and reduces the risk of complications in patients having cardiovascular disease. Honey has an effect on all the factors that contribute to the occurrence of heart diseases such as total cholesterol, low density lipoprotein cholesterol, high density lipoprotein cholesterol, triglycerides, and blood pressure.

Usually, a wound results from either an external or internal insult and wound care can be done by removing the offending insult and to provide the best environment to facilitate wound healing. Also, the most important aspect of ensuring the optimal healing environment is to control the bacterial load of the wound. Honey has an ability to ensure optimal healing environment due to its antibacterial property.  Research also suggests that honey contain anti inflammatory property and has an ability to stimulate immune response within the wound.

Honey is considered to be an effective cough remedy. It is said to be a potential treatment of a cough and cold symptoms. A throat infection is quite common and usually, it is triggered by irritation or obstruction of the airways. Honey contains anti inflammatory and antibacterial agents and these agents are commonly found in most of the medicines that are used to treat a cough and other throat infections. Honey has an ability to fight with infections and bacterias which makes it highly beneficial.

Honey is a commonly used natural sweetener and is easily found in households. Almost all of us are familiar with some of the benefits of honey such as its effect of weight but only a few are aware of its benefits of other body organs. Share this post with your contacts to create awareness.